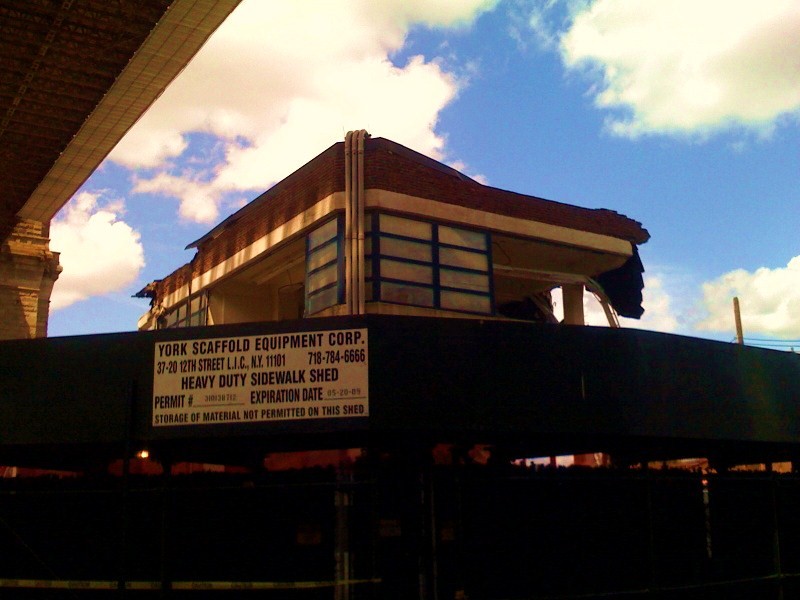 The Brooklyn Eagle wore out some shoeleather chasing down the low-down on a BHB tipster tidbit about a reported tug of war between the DOT and BBP Conservancy over use of the soon to be cleared Purchase Building site under the Brooklyn Bridge:

The Brooklyn Eagle: Purchase Building Snafu?: The issue first came to light in a tip posted on the Brooklyn Heights Blog by a reader. A call to the Brooklyn Bridge Park Conservancy brought confirmation from spokesperson Nancy Webster that a tug of war was indeed going on between the DOT and the Brooklyn Bridge Park Development Corporation. An authoritative source at the park development corporation then further onfirmed that negotiations for some kind of sharing of the space between the DOT and more immediate park uses are taking place. A compromise is hoped for.