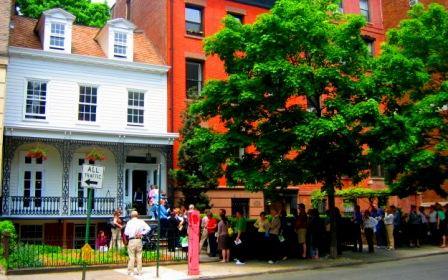 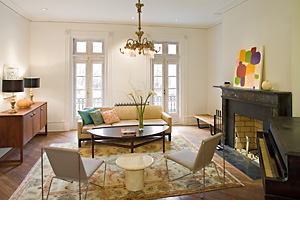 Most Brooklyn Heights residents are familiar with the saga of 135 Joralemon Street, aka "The Little House the Could".  The home was nearly destroyed by fire in early 2005. Local contractor Howard Haimes restored it and many neighbors attended its "coming out" showing during this year's BHA House Tour.

It was originally listed for $5.95 million in the Spring but its price was cut to $5.75 million in September.  Now, Corcoran has it listed for $5.25 million.
Is it too pricey even for a one-of-a-kind landmark? (Note: Brownstoner has a lively discussion on this subject as well.)