The Pier 6 opening was a hot event—literally, as onlookers were furiously fanning themselves in the sweltering sun and Parks Commisioner Adrian Benepe looked close to passing out. Still, a good time was had by most, as a cast of many, including Congresswoman Nydia Velazquez, Brooklyn Borough President Marty Markowitz and Mayor Bloomberg celebrated the latest addition to Brooklyn Bridge Park, and kicked off Summer 2010 on Governors Island with free ferry service now connecting the two points.

Pier 6 is definitely for the family, as it features giant slides, a “Water Lab” with fountains and sprinklers, and a 6,000 square-foot sand box. Later additions will include a dog run, bike path and pedestrian promenade.

Members of the Atlantic Avenue Betterment Association came and showed their displeasure with signs like “Parks for People Not Developer$.” More on that to come. In the meantime, here are some shots from our own Claude Scales. 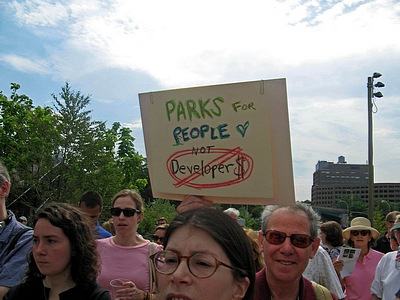 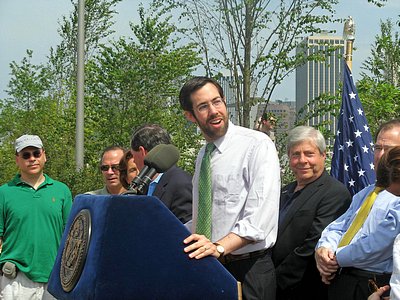 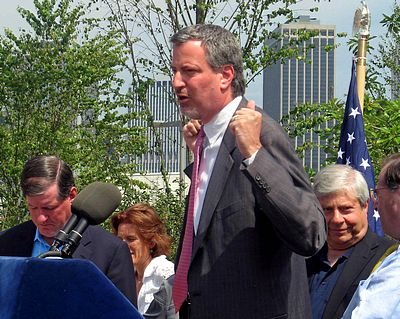