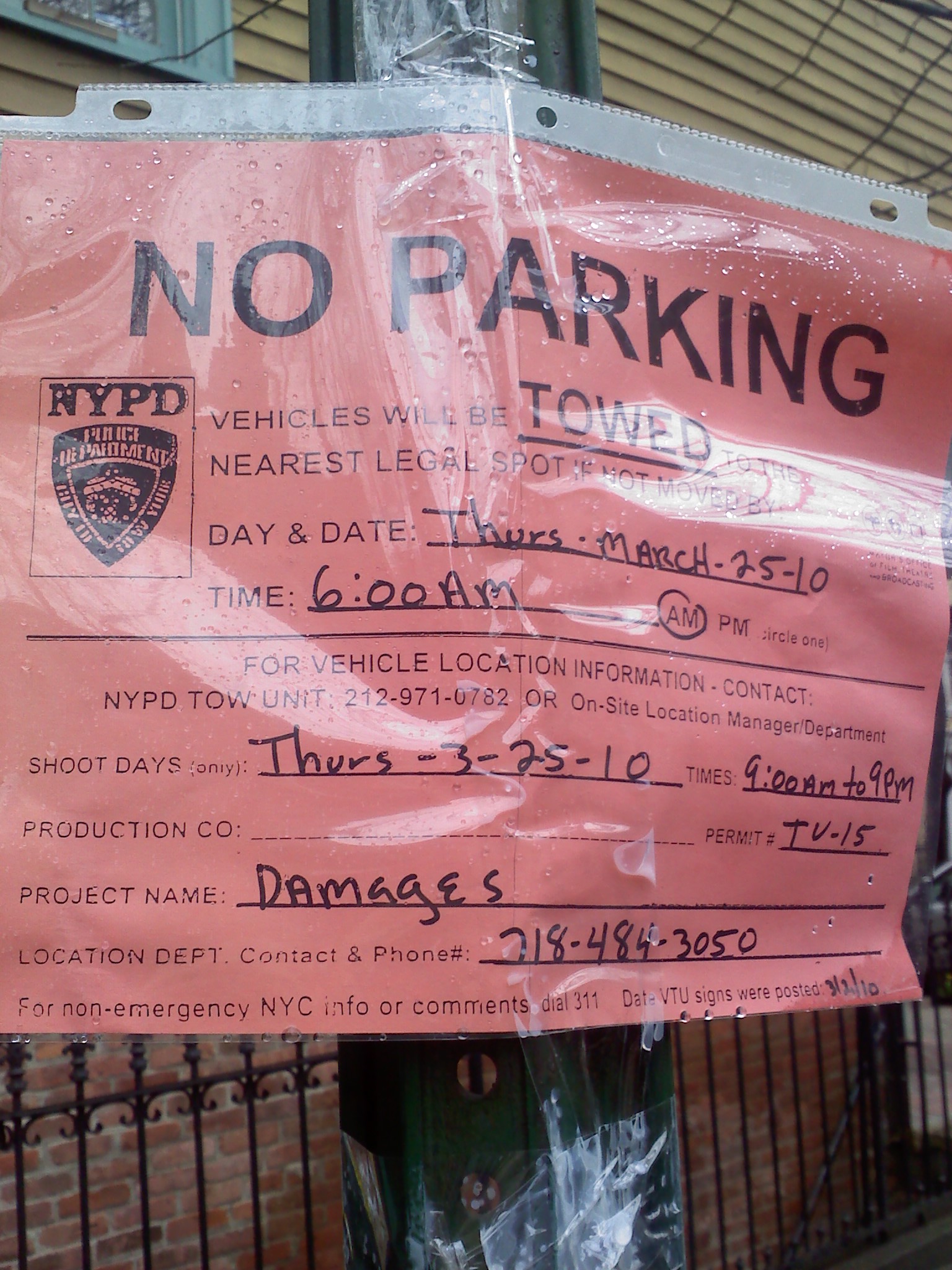 The FX drama Damages will be shooting scenes around Willow and Cranberry Streets this Thursday March 25.   A crash scene shot at that intersection in November is part of a crucial plot point in the show’s current season.

Cars need to be off those streets by 6AM on Thursday.

The program also shot in and around Brooklyn Heights last season.  Guest star William Hurt took up residence on Willow Street for several weeks during production culminating in a “legendary” visit to Jack the Horse Tavern.