What is Mailer’s Legacy? 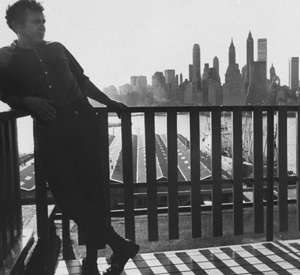 Algis Valiunas writes about how late Brooklyn Heights resident and author Norman Mailer, who died in 2007,  should be remembered in the literary world at Commentarymagzine.com :

Commentary Magazine: Norman Kingsley Mailer was born in New Jersey in 1923 but would always be known as a Brooklynite—though he grew to adulthood and eventually passed away not in the hardscrabble sections of the borough but rather in the tony enclave of Brooklyn Heights…

He fancied himself one of the big thinkers, and most of his ideas were not only bad but appalling; for he lived largely for the body’s pleasures, actual and vicarious, and adopted ideas that serviced those pleasures. T.S. -Eliot remarked that a great writer creates the taste by which he is appreciated; Mailer helped create the moral confusion amid which he was glorified—not quite what Eliot had in mind.

Until he is forgotten, Mailer should be remembered not only in a fool’s cap and bells but also in a scoundrel’s midnight black. For in an age crawling with intellectual folly, he was one of the reigning dunces, even his best works were shot through with adolescent fatuities, while the worst of his words and deeds were stupid and vicious without bottom. One is torn between wishing that his memory would disappear immediately and wanting his remains to hang at the crossroads as a lasting reminder to others.