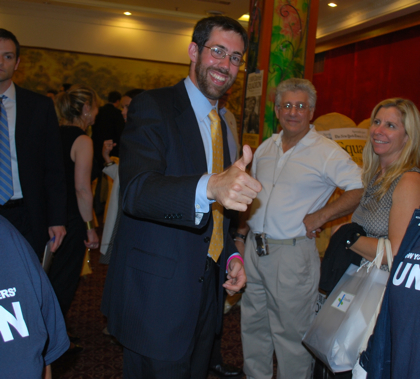 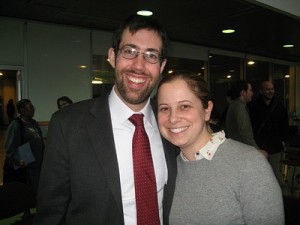 Now that the Albany legislative coup is over, our man (formerly “kid”) in the State Senate, Daniel Squadron, can finally focus on his wedding.

This weekend, Squadron will marry his longtime girlfriend, Liz Weinstein, who works in the mayor’s Office of Operations. Daniel and his staff have been very, very tightlipped about any further details surrounding the event, other than to say it’s happening and it’s happening in Manhattan.

But this much we know: Squadron was on the floor of the Senate, voting on 135 bills until 2 am Friday morning, less than 48 hours before his wedding.

The month-long coup that has ground Albany to a halt officially ended on Thursday at 3 pm, when the first regular legislative session since the coup started on June 8 was called to order. Senators then stayed on the floor until they voted on all 135 bills that had been suspended, pending the conflict’s resolution.

And before that, Squadron has been in Albany for the past three weeks — every day, including July 4 — in special sessions called by Governor Paterson.

In a New York Magazine article in January, he said that Weinstein was behind his decision to run for Senate. “I think we were both really worried about what it would mean in terms of how much time we could have together, but she was supportive.”

Best of luck to the new couple!