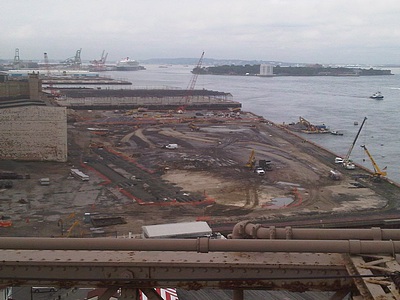 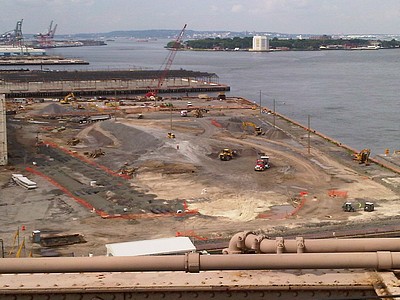 Friday, July 3, 2009. This week, we return to headlining comparative photos of the north end of Pier 1, as seen from the Brooklyn Bridge. The topography is taking shape, with a large central hill sloping gently upward from northwest to southeast. More photos and text after the jump. 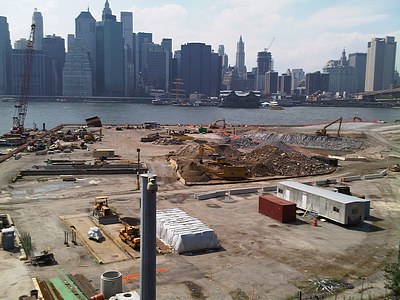 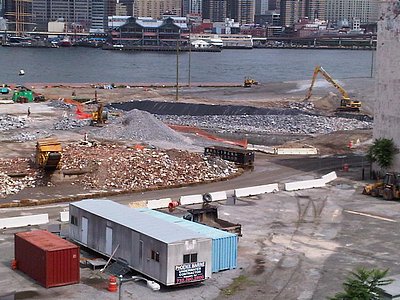 South end of Pier 1, Friday, July 3, 2009. Stuff’s happening here. The south end of the hill we saw from the north terminates in a cliff overlooking the “Grand Canyon”, which now contains a small pond. The cliff is being given a riprap facing over what appears to be a plastic sheet lining. 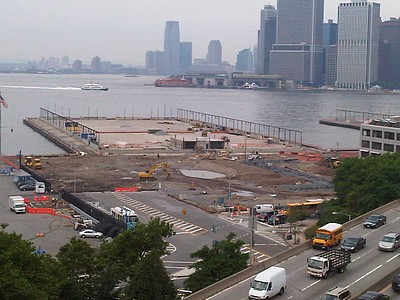 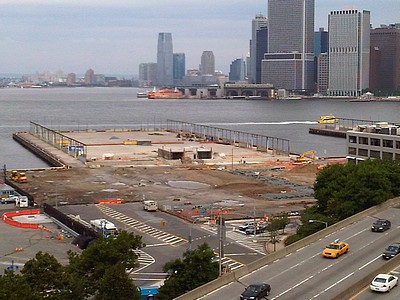