Brooklyn Heights Bomb Scare Nothing at All 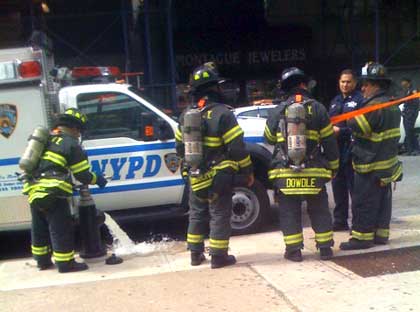 According to NYPD: someone called 911 around 9:45 this morning to report a suspicious package at 181 Montague St, in front of Citibank. Cops arrived at scene and discovered a cardboard box with an industrial-style door handle inside. “It turned out to be nothing at all,” police said.