The Herd for the 33rd: The Magnificent Sumthin’ Seven 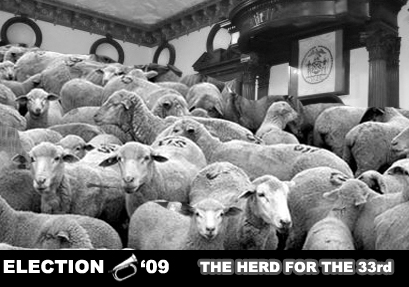 Oy vey!  We have such a headache from trying to remember all the candidates for David Yassky’s New York City Council seat representing the 33rd District.  Perhaps we should give them nicknames?  Nah, too early and just too easy to go the “Snow White” route.  Anywho,  the Herd for the 33rd meet for another debate next week sponsored by the New Kings Democrats.  Based on some reports, the last one can be best described as an Ambien-alternative.

All things considered, who says it’s too early for a poll?  Vote after the jump.