The Brooklyn Heights Association, which has sued the Brooklyn Bridge Park Corporation and the developers to prevent construction of two high rise residential towers on the uplands of Pier Six in Brooklyn Bridge Park, reports that they received notice that construction would begin on July 19. This is one day after the next scheduled court date for the lawsuit. The BHA has made a motion to the court seeking a temporary or preliminary injunction prohibiting any construction activity until the court has ruled on the merits of the case.

The site of the smaller of the two proposed towers, facing Furman Street, has been surrounded by a plywood fence bearing a “Work in Progress: Residential” sign (see photo above). 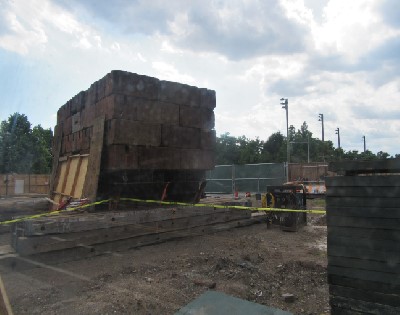 Inside the enclosure is a stack of what may be foundation material, but no evidence of any work underway now. 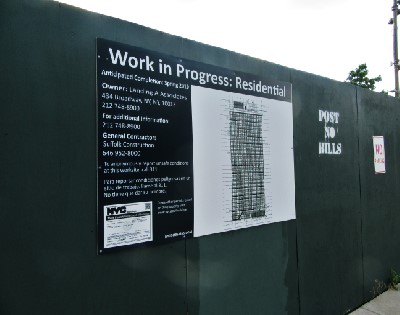 The site of the larger proposed tower, closer to Pier Six, is also enclosed, with a “Work in Progress” sign. 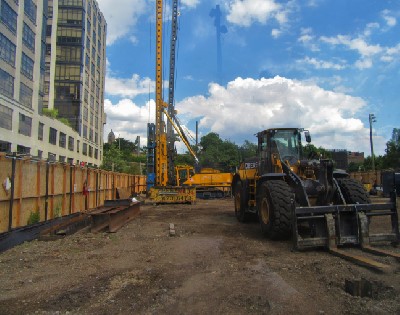 Here there is a pile driver and a very large forklift, but again no evidence of activity. The Eagle reports that there have already been four test piles driven at each of the two sites.