For the past year and a half the small former U.S. Navy ship Bay Lander has been moored to Pier 5, Brooklyn Bridge Park. We reported her arrival here. For a year or so she was moored to the north side of the pier, but when pieces of the marina to be assembled there began to arrive, she was moved to the south side, where she was moored when your correspondent shot this photo Tuesday. 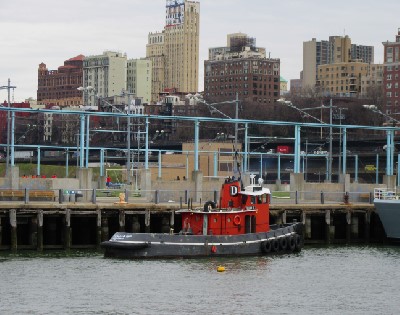 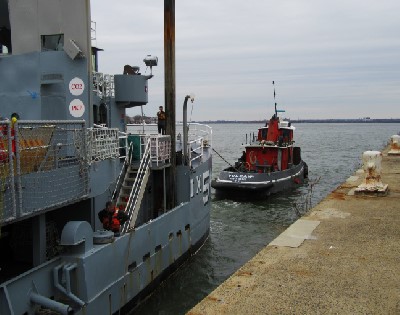 When I got to Pier 5, the tug, which proved to be Vulcan III with Perth Amboy as its home port. was beginning to tow Bay Lander away from the pier. 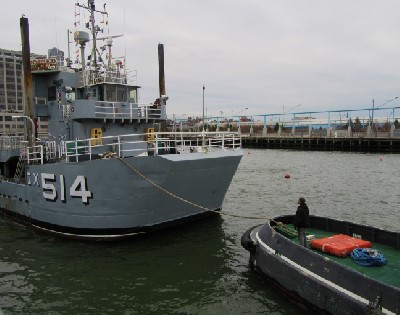 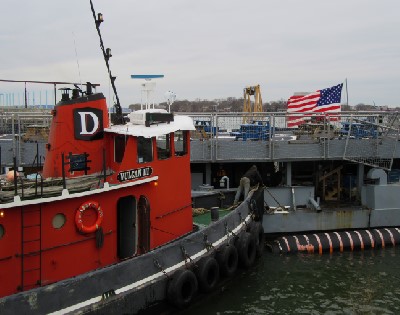 Shortly after the above photo was taken, the bow line was cast off, and the tug went around to Bay Lander’s stern. 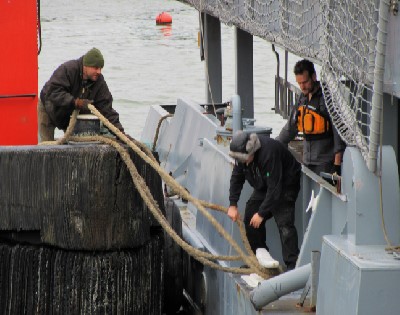 A line was made fast from Vulcan III’s bow to Bay Lander’s stern. 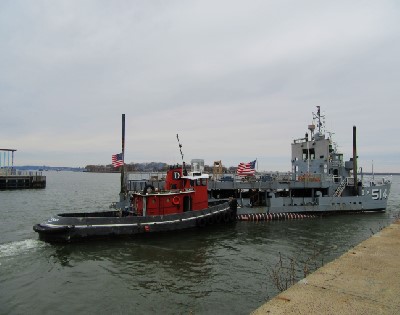 With a push from Vulcan III, Bay Lander headed out and northward into the East River.

We’re not sure if Bay Lander’s departure is temporary or permanent.