Stuff Around the Neighborhood 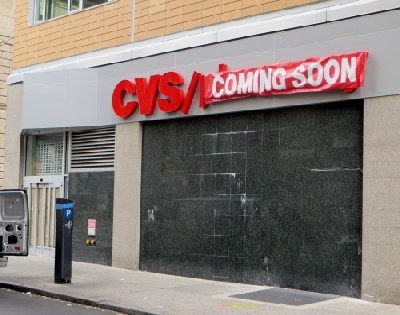 CVS has announced their soon to be presence at Clinton and Montague, former home of Rite Aid. Signage indicates they may also be taking the space at Clinton and Remsen, which seems to be cut off from the space at Montague by the apartment building’s entrance and elevators. Maybe there’s a tunnel through the basement? Anyway, we hope their robo-checkout machines work better than the ones at Henry and Love Lane. 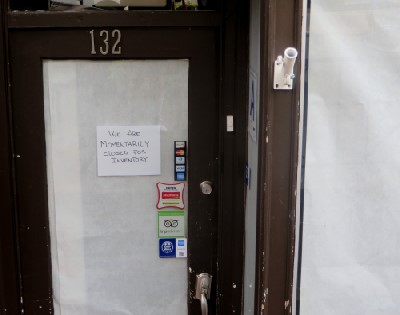 The windows at 132 Montague, formerly Eamonn’s, formerly Taperia, are papered over, and a sign at the door says it’s “momentarily closed for inventory.” This has been up for a while. Uh-huh. 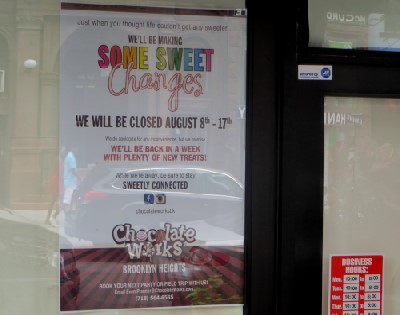 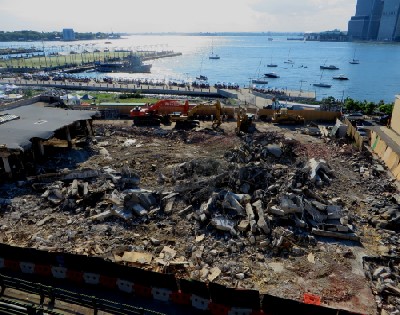 The ugly one story building in Brooklyn Bridge Park, along Furman roughly from below Montague to below Remsen, has been demolished. It appears that the rubble is being gathered to serve as the base for a new sound-absorbing berm, which is planned to go there. 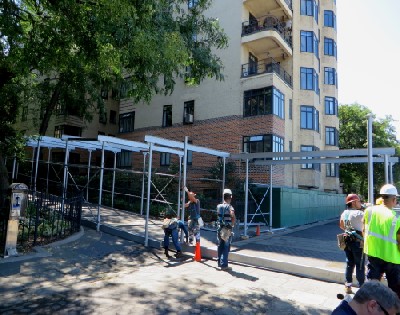 We were glad when the construction bridge that covered much of the Montague Street entrance to the Promenade came down about a month ago. Now, it seems, one is about to cover the Clark Street entrance. It’s for a good reason, but still unsightly.