48 Hicks Street, the four-story building originally constructed as a Federal style frame house in 1829 and altered significantly over the years, will be altered yet again. The city’s Landmarks Preservation Commission, which has jurisdiction over all of the city’s historic districts (of which Brooklyn Heights was the first), voted Tuesday to approve a new façade for the building. 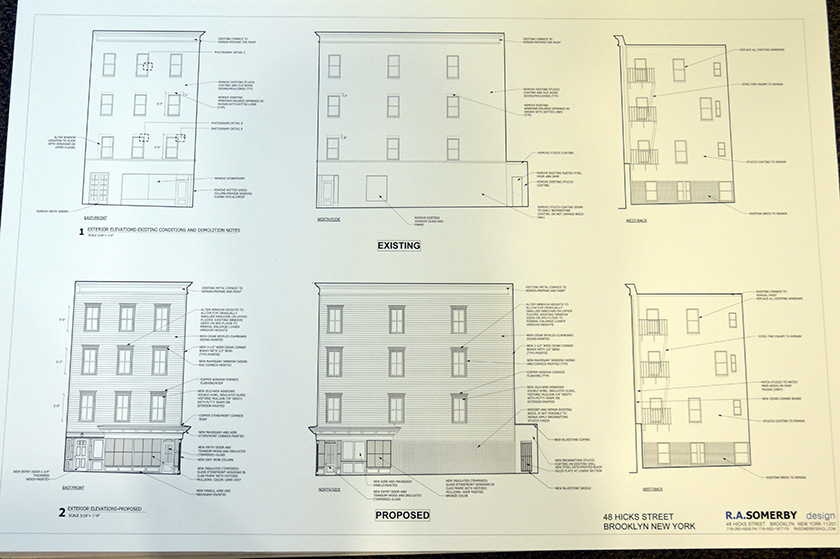 The renovations (or restorations, depending on your perspective) will be in three main parts. First, the modern siding will be replaced with wood on the upper floors and below the brick will be revealed and rebuilt. Second, the existing metal and glass storefront will be replaced with a wood and glass storefront using a mix of composite and wood on the new cornice. Third, the windows will be modified to bring them into a more uniform size. This will include enlarging the second and third floor windows. 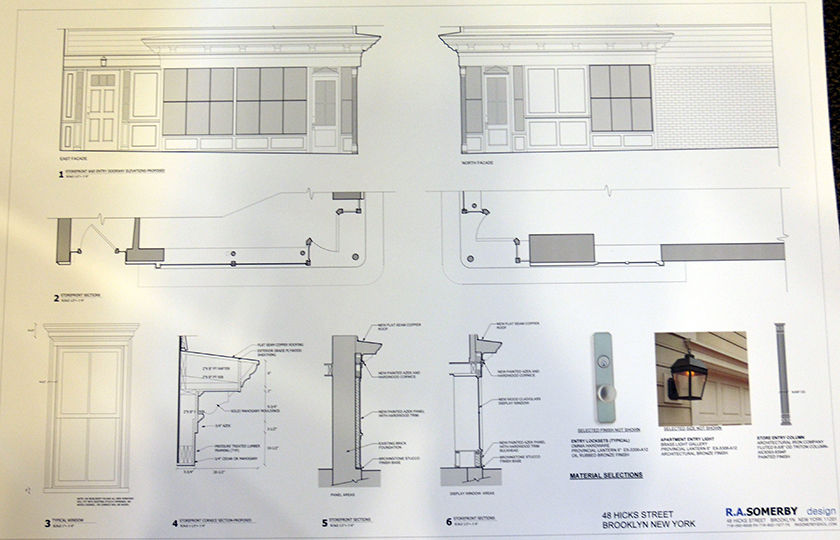 The project was presented by architect Richard Somerby of R.A. Somerby, which is located at 48 Hicks Street. He said the family that has owned the building for over 50 years hired him to design the alterations. In defense of the proposed alterations, he said the existing stucco was in such bad shape that there was water leaking into the building. 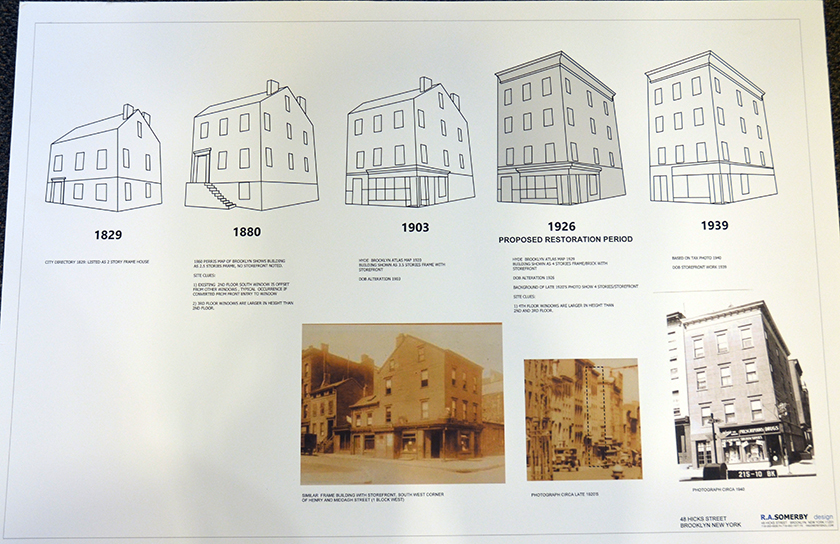 Judy Stanton, executive director of the Brooklyn Heights Association, welcomed the proposed changes. “We commend the applicant for undertaking this interesting and challenging work on one of the older wood-frame buildings in the Brooklyn Heights Historic District.” The Historic Districts Council, which represents over 500 community organizations in the city, also welcomed the proposal. “HDC applauds the next step of its evolution, finding the proposed storefront and restoration work sensitive and attractive,” HDC Director of Preservation and Community Outreach Kelly Carroll said. 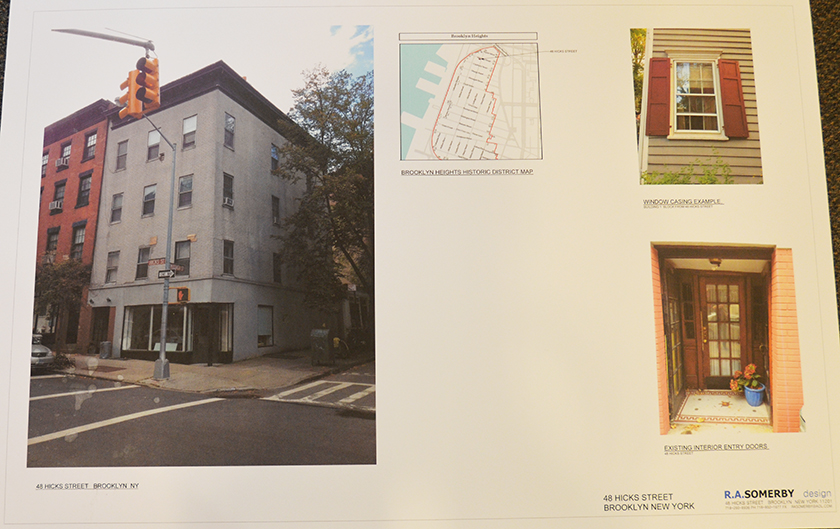 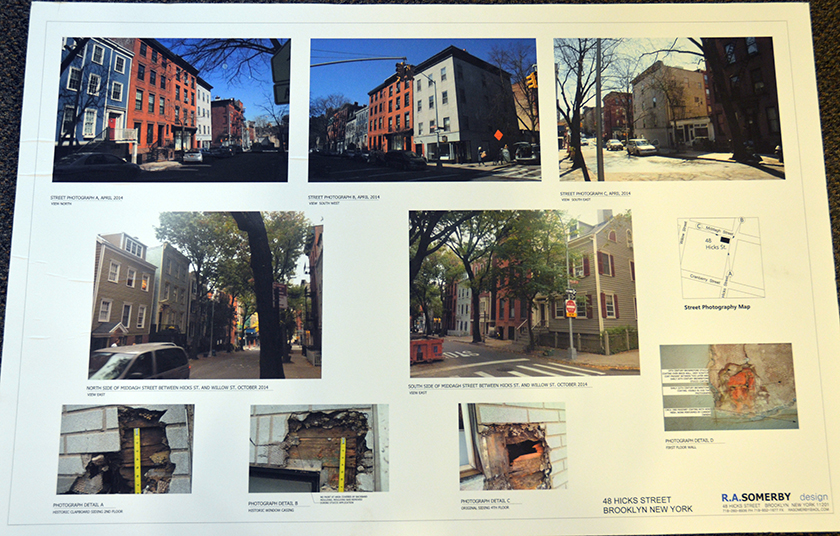 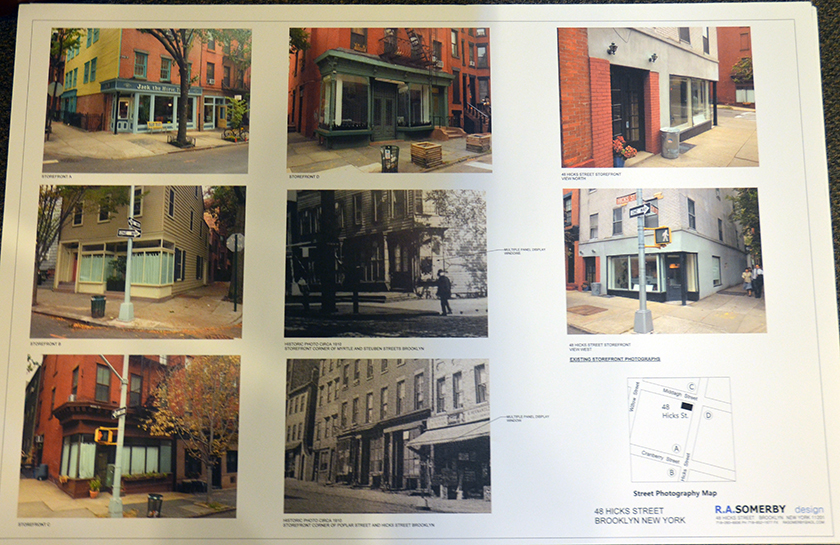 The proposal was approved unanimously and without fuss.