Last weekend’s Brooklyn Folk Festival, presented by Down Home Radio Show and Jalopy Theater, at St. Ann & the Holy Trinity Church presented a diverse and, on the whole, excellent group of musicians. Wyndham Baird (photo), just back from a tour of England and Scotland, sang a variety of folk and blues songs, accompanying himself on guitar and harmonica. 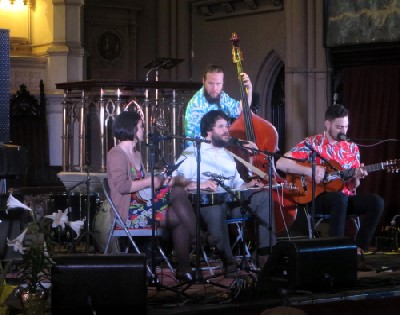 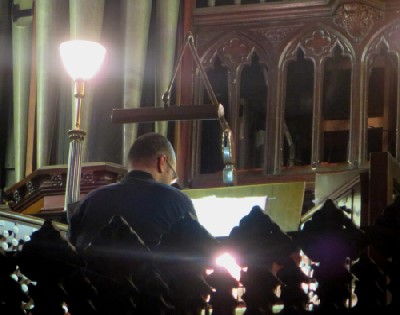 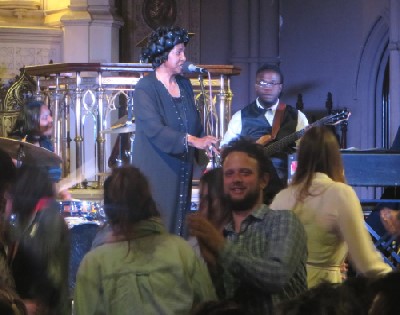 Naomi Shelton and the Gospel Queens, who were thrilling in their appearance at Plymouth Church for the “Free the Slaves” concert a year ago January, had many from the audience up and dancing. 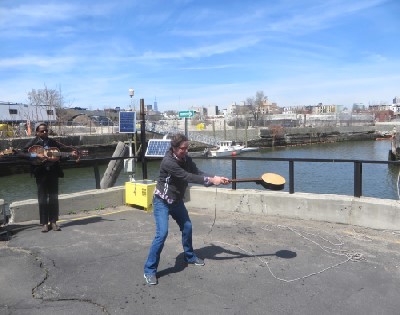 On Sunday afternoon there was a banjo tossing contest on the bank of the beautiful Gowanus Canal. 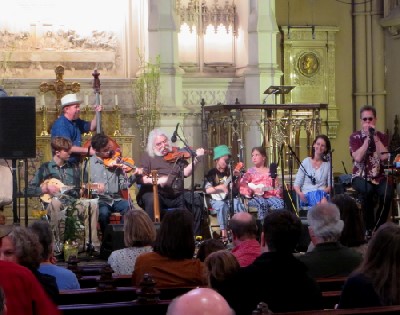 Later that afternoon Uncle Shlomo’s Brooklyn Kids, consisting of Shlomo Pestcoe, some of his music students, and some of his adult musician friends, did some lively string band music. 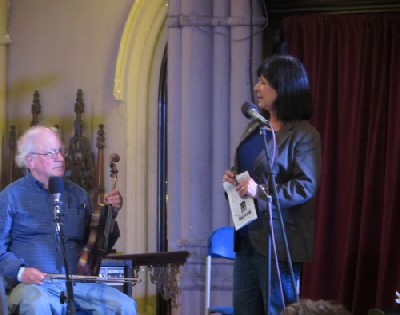 Also on Sunday afternoon Nancy Groce (photo), of the American Folklife Center at the Library of Congress, spoke about the Center’s collection of folk music recordings, acquired from researchers like Alan Lomax and from other sources. A panel of musicians, including banjo and fiddle ace Art Rosenbaum (at left in photo above) then each played a song they had learned from the Center’s collection. 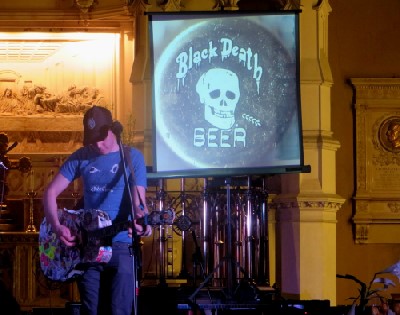 On Sunday evening Peter Stampfel and Jeffrey Lewis (photo) did a frenetic set of what my friend Michael Simmons would call “utterly twistoid” songs, beginning with “The Birds in the Wood Are Up To No Good” and closing with “Bottlecaps are Cool”, during which photos of specimens from Stampfel’s collection were projected on a screen.