The BHB Ten 2014: The Most Influential and Interesting People in Brooklyn Heights

Here it is the BHB Ten for 2014. This year’s list is a Brooklyn Heights residents or business owners who have made an impact on the neighborhood or have done some remarkable work in their field. Please add your thoughts in the comments below.

But wait! Before we roll it out, we would like to acknowledge a previous BHB Ten member. 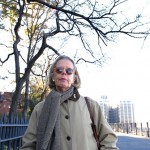 Judy Stanton, BHB Ten 2010: Ms. Stanton, who has served as the Brooklyn Heights Association’s executive director since the early 1980s, announced her retirement from the organization effective August 31, 2015.

She has served the community quite well during her tenure and from a personal standpoint her support of BHB has been greatly appreciated.

Fellow BHB Ten 2010 member Martin L. Schneider commented upon her announcement, “The BHA has been changing but moving in a different and wrong direction from the one Stanton relentlessly pursued. Who will restore the spirit of respectful, urban activism which she so successfully represented?”

That question may very well be answered in next year’s BHB Ten. 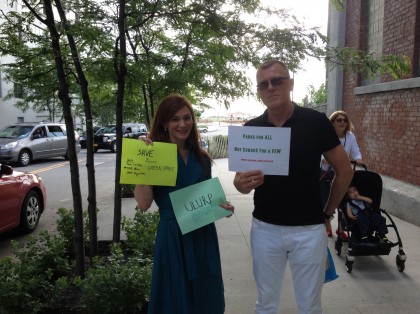 The New Preservationists: While some feel that the BHA may be moving in a different direction, the spirit of preservation enjoyed a bit of a resurgence in 2014. People for Green Space’s Martin Hale and Lori Schomp along with Heights Hero Joe Merz launched a bid to halt and to rethink housing at Brooklyn Bridge Park’s Pier 6. Later in 2014, Columbia Heights resident Steven Guterman started a grassroots campaign called Save the View to fight Brooklyn Bridge Park’s Pierhouse development, which they say is growing taller than originally promised. Whether or not you agree with their positions – or for that matter the position of last year’s BHB Ten members Citizens Defending Libraries – one thing is clear: the legacy of Brooklyn Heights preservationism started by the BHA and the CCIC is alive and well and marching forward.

Michael Schlein, CEO of Accion: As CEO of Accion, Schlein leads one of the world’s largest microfinance organizations. The firm provides loans to impoverished people to further their education, or to start a business. In April, he as named Chairman of the NYC Economic Development Corporation by Mayor de Blasio.

Red Davis, owner The Custom House: Red has created the closest thing we have to a traditional neighborhood pub, replacing Eamonn’s for many of its regulars. Its 4AM closing time also makes it the go-to after hours spot for Brooklyn Heights restaurant and bar staff. The pub became the place to be to watch the World Cup in the Heights last summer as well. This winter, the Custom House hosted another successful Toys for Tots drive.

Jackie Hopson, founder Bodybinds: The designer launched Bodybinds in 2014, which the NY Post says is “beloved by everyone from pole dancers to lingerie aficionados.” On her website, Hopson adds, “Picking up my new hobby in Pole Dancing, helped hone what I desired to create. That’s how Bodybinds was born. What I am passionate about is the idea that each woman can wear something to celebrate her glorious curves.” Now, who says Brooklyn Heights is boring?

Sarah Jane “Sadie” Horton, president, and all the folks at the Brooklyn Women’s Exchange: The Brooklyn Eagle notes that the 160 year old BWE is, “the oldest continuously-operated women’s charitable organization in Brooklyn.” It’s a great and friendly place to pick up a gift or something nice for yourself(!).

Jack Antonoff, musician: Some may know Antonoff as Lena Dunham’s significant other. But music fans know him as the frontman of Bleachers and as a member of the wildly successful pop trio fun. Bleachers’ album Strange Desires was one of the best albums of 2014. And if you haven’t listened to Antonoff’s interview with WTF’s Marc Maron, we suggest you stop everything and check it out now.

Abbi Jacobson, star, Broad City: Jacobson and co-star Ilana Glazer started Broad City as an online show and it graduated to Comedy Central. Many see it as an alternative to Lena Dunham’s Girls but we basically think it’s more like if Cheech and Chong had a love child with Lucy and Ethel. One of the funniest shows on TV returns for a second season on January 14.

Thomas Bernich, Co-Founder/Owner Brooklynphono: – In operation for 15 years, Bernich and Brooklynphono are in the vanguard of the vinyl renaissance working with indie labels such as Norton, Crypt and Sundazed.

Had Enough Christmas? Theater 2020 Says “No”; Offers Jane Austen as Temptation
WPIX: The Pierhouse Will Block the NYC Views for People from All Over the World