By Sarah Portlock on March 6, 2009 11:07 am in Development, Landmark Preservation, News, Real Estate 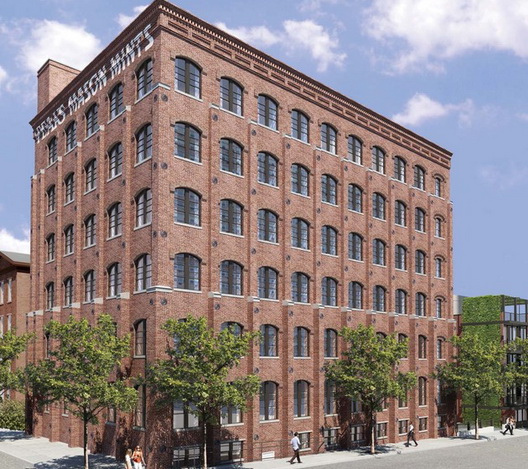 This just in: Sales are temporarily suspended at the luxury condo development at 20 Henry Street, pending completion of the building’s construction by next fall.

The marketing firm, Halstead, took the online listings down on Tuesday night as part of a company-wide sales strategy to hold sales until the building is more complete and potential buyers can see the actual units, said the building’s spokeswoman, Jill Feldman. Halstead’s executive director Steve Kliegerman has been advising clients to make this move since at least December.

“One of the major factors hindering sales right now is a lot of developments don’t have a model unit or on-site sales office where people can go inside and see what it’s actually going to look like,” Feldman said. “It’s very difficult to complete the sales process because people more and more today don’t want to buy off these floorplans.”

20 Henry does have a model unit at the nearby sales office at 114 Henry St., but potential buyers can only see the apartments’ fixtures and floors — and it’s not the same, she added.

The 38 units — which, at one point, ranged in price from $580,000 to $2.56 million — will be back on the market within the next six to nine months. And that construction is plugging along, Feldman said last month.

Some contracts for units have already been signed, but Feldman declined to say how many.

Murder on the Nile comes to the Heights
Heights Flashback: Old School Montague