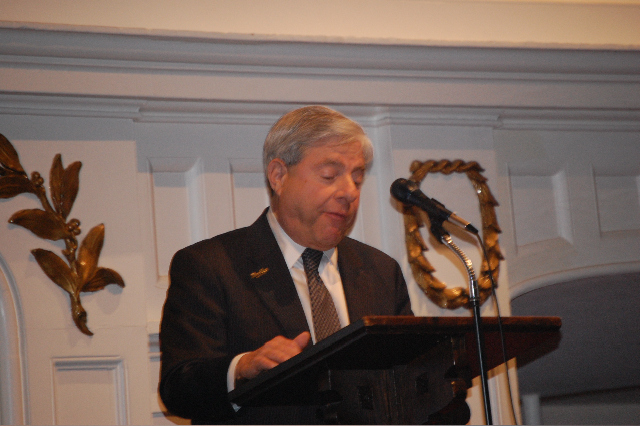 Making a decision was tough, he said, but he understood that “it had to be done, like a root canal.”

In a letter to the city outlining his arguments for and against the Walentases’ project and rezoning proposal, Markowitz said he believes the “iconic views of the Brooklyn Bridge … must be protected.” [PDF]

Markowitz supports the concept of rezoning insofar as it allows for residential, retail and parking at the site, but rejects the building as it is currently configured.

“Let me make it clear — I do not accept this project as it is presented,” a fiery Markowitz told the crowd on Thursday night. “But this is the balance that we strive so hard to make.”

He recommends that the project be reduced by more than, 35,000 square feet and, according to a statement, that:

Watch our video coverage as Markowitz fully explains his views from the BHA meeting last night. (Our apologies for the shaky cinematography.) And we’re working on getting his renderings of how the building should be built.