An hour and half before our flight, my bag already checked through for Newark, it was time to crate my trembling, skittish yellow gallows-dog. She began the simple process by refusing to be weighed. I lifted her onto the metal scale and fed her a cookie while the digital read-out settled at 72 pounds. I wrote a hefty check, cursing my mother for not breeding dachshunds, opened the crate door, took her by the collar and led her to it. She bolted out of her collar. OK, I thought, we’ve had our titular show of resistance and now she’ll go in. 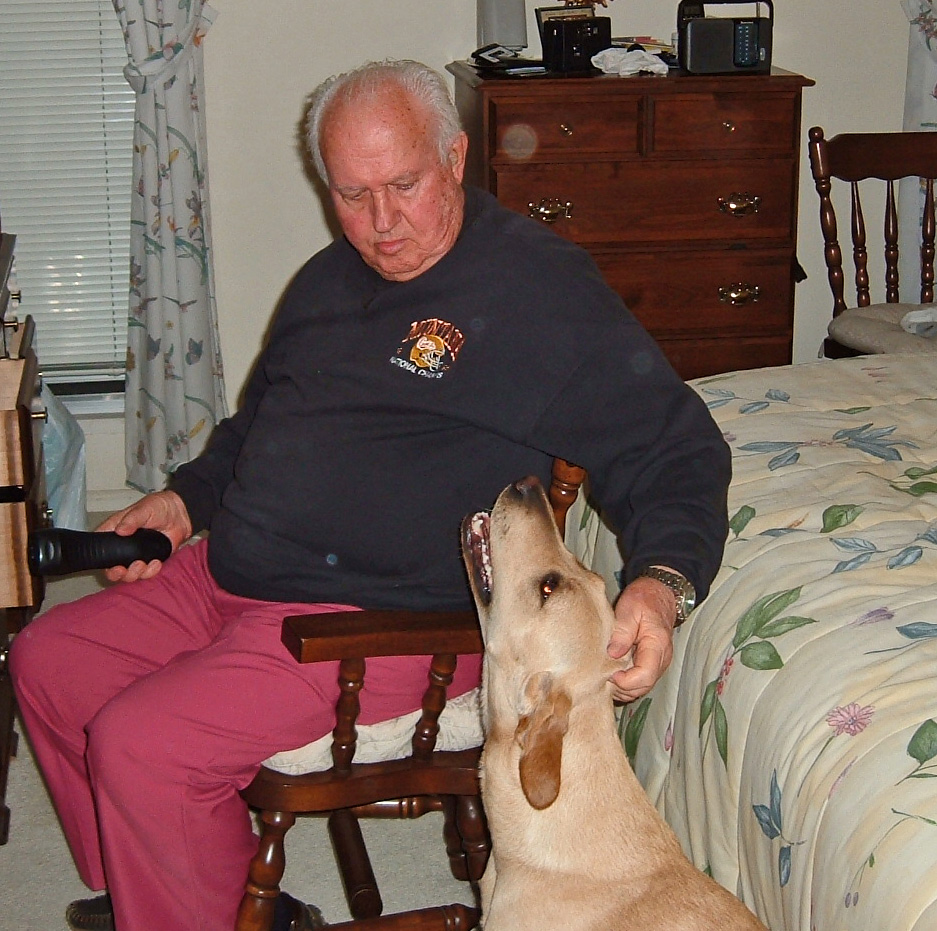 I re-collared her, tossed in one of the oatmeal cookies I’d baked and packed for a friend in the Heights, and led her back to the crate. She gyrated out of my grasp. I broke up a second cookie, fed her a bit of it and grabbed her again. This time she flew at me, grazing my knuckles with her fangs before scuttling into a corner behind a table, barking angrily.

I turned to the package clerks and said, “She’s a lot more docile when I’m not here. Would you mind if I stepped outside and you try to put her in?” They agreed, trepidatiously, and I left. Standing outside the Quonset office, I heard banging, thrashing, overturning chairs and the plastic bash of the crate being knocked around. I took a deep breath and walked in again.

“She really doesn’t want to crate,” one the men told me.

I went back to my campaign of force and seduction, my long sleeves pulled down over my hands which were bleeding within minutes of resuming my effort to go home.

I almost had her when I upended the crate and tried to pour her in. Maybe, that first try, if one of the guys could have helped hold the crate still, she wouldn’t have figured out her paws can bend and grip as surely as human fingers. By my second attempt, she’d had her epiphany and held on to the door rim with every fiber of her soul.

We wrestled through four oatmeal cookies, a complete rearrangement of the furniture, two puncture wounds, numerous scrapes and bruises that were wonderfully livid after my shower the next morning, a stream of barking and my tears, pleading and blood for 75 minutes. I figured, by the time the clerk informed me the plane would be closing its doors in ten minutes, that I’d done ten 75-pound lifts.

I hate the word “feral”. It’s a writer’s word. Looking at the snapping, snarling, flashing fangs of my bed mate in the corner of the office, though, I had to say it. Daisy had gone native. She was feral. She made Regan’s spinning head look like a merry-go-round ride.

For the 45-minute shuttle ride back to Sun City she kept tried to climb into my lap but I was so furious I kept pushing her away as I called my father to inform him of our return and my demand of a margarita the minute I walked in. While my father’s margaritas are God in a glass, a marguerite is a daisy. God knows Daisy had drunk my blood that afternoon. Now I badly needed to drink, at least metaphorically, some of hers.

“Maybe she didn’t want to leave us,” he said as he handed me the cocktail and took his seat. Daisy swanned her neck up for a rub from her beloved grandpa. “You better start making some calls, kid. You gotta figure this out.”