On Saturday afternoon, your correspondent joined a group of botanical enthusiasts for a “trees of winter” tour in Brooklyn Bridge Park, led by horticulturalists Marina (photo) and Chet, along with Park Program Coordinator Travis Craw. More text and photos follow the jump. 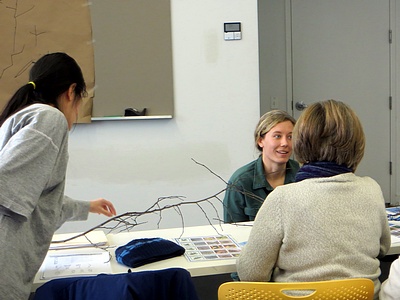 Before venturing out, we spent some time in a classroom, learning how to identify tree types from bare twigs. Characteristic features we studied were buds, leaf scars, lenticels, vein scars, bud scale scars, and pith. From different combinations of these, we could decide from what kind of tree the twigs came. 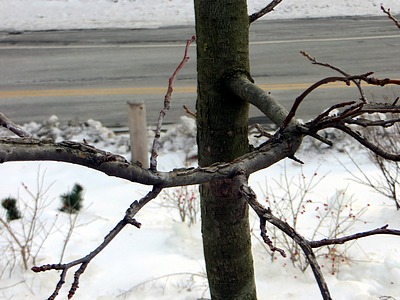 The first tree we saw along the path from the Park Conservancy headquarters toward Pier 5 was a sweet gum Liquidambar styraciflua, recognizable in part by its rough bark and by corky growths on the twigs. 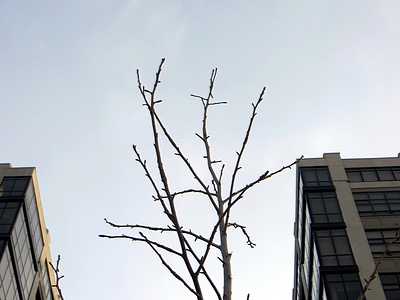 Looking up, we could see the sweet gum’s characteristic branching pattern. 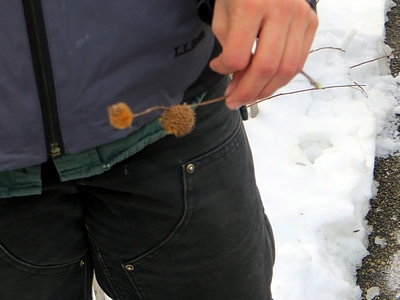 Marina showed us the fruit of the sweet gum, which is prickly, almost like a pine cone. 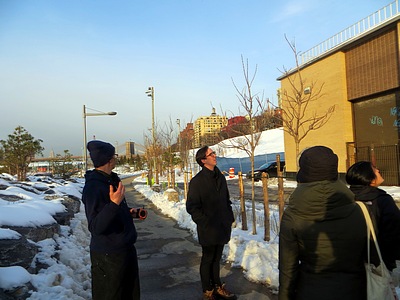 Chet, in cap at left, talks while Travis Craw, center, looks up at our next specimen, which is… 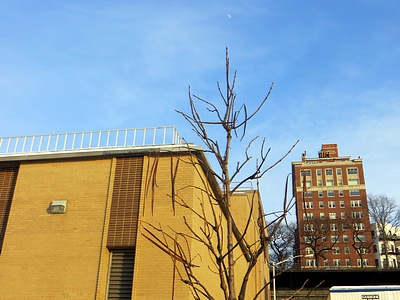 …a catalpa, Catalpa speciosa, easily recognizable by the long, bean-like, seed pods that hang from its branches. Some of these can be seen against the background of the building. 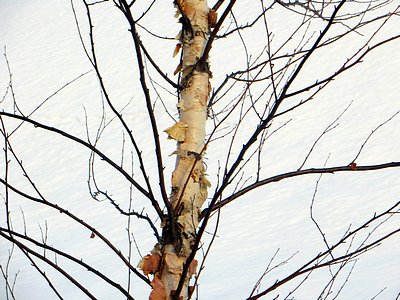 This is a river birch, Betula nigra, sometimes called a salmon birch because of the color of the bark of young specimens, such as this one. This tree, and the others below, can be found in the upland area between Pier 3 and the sound attenuating berm. 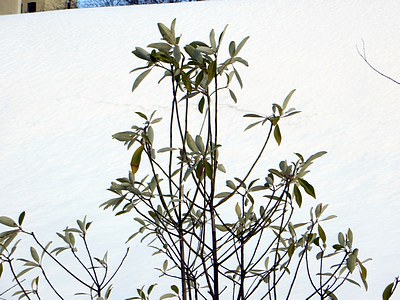 Our next specimen was a sweetbay magnolia, Magnolia virginiana. This kind of magnolia retains its green leaves through the winter, while others do not. 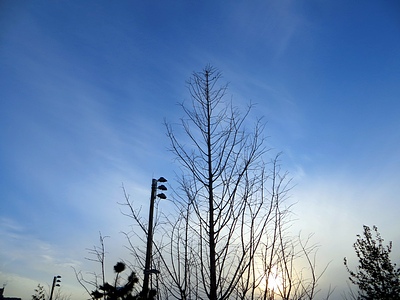 Our last tree was an impressive one: a dawn redwood, Metasequoia glyptostroboides. One of these formerly grew behind Two Montague Terrace, near the south end of the Promenade, but was taken down in 2010. This species, a relative of the ancestors of the mighty redwoods of California, was thought extinct until some were found in an isolated area in China in 1941. This one grows next to the scenic overlook near the north edge of Pier 3 that, while it was under construction, I called Fort Myer. 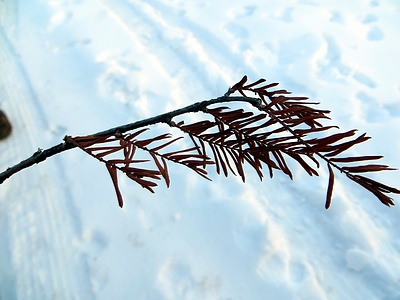 There will be another tree tour in the Park next Saturday, February 15, starting at 3:00 p.m.: “The Secret Life of Evergreens.” It’s free; more details and RSVP here.