These photos were taken on walks yeterday (Friday) afternoon and this (Saturday) morning. The first was taken from Cadman Plaza East, looking west across Cadman Plaza Park, with lower Manhattan in the background. More photos and text follow the jump. 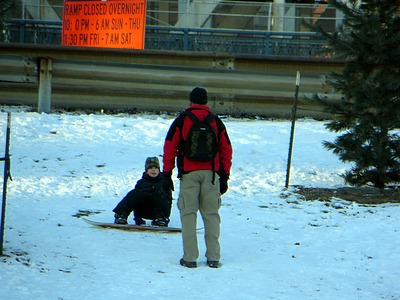 Snowboarding on the slope between Washington Street and the Brooklyn Bridge on-ramp. The Manhattan Bridge is in the background. 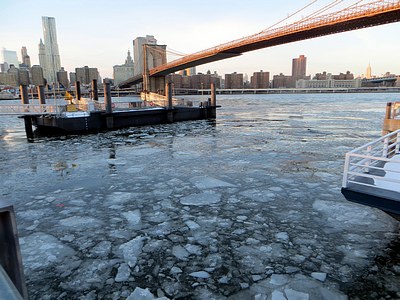 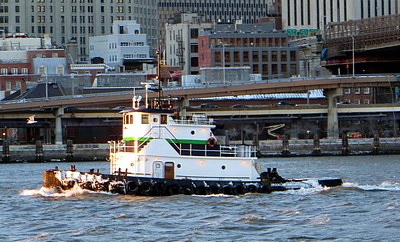 The tug Brooklyn, going past Pier 1, has coatings of snow on her bow and stern. 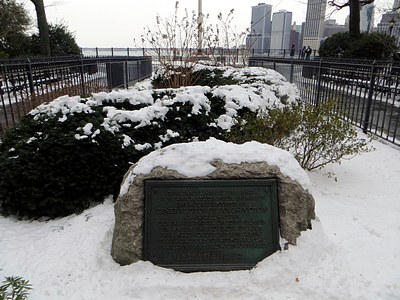 Montague Street Promenade entrance. The plaque identifies the site of “Four Chimneys, ” the house where General George Washington and his senior officers met to plan the evacuation of the Continental Army from Long Island to Manhattan, following the Battle of Brooklyn. 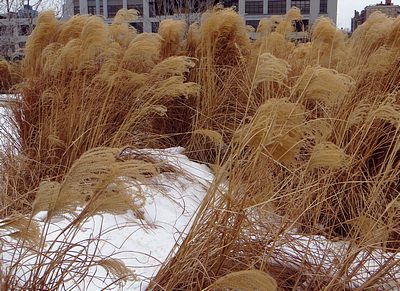 Near the entrance to Pier 6, Brooklyn Bridge Park. 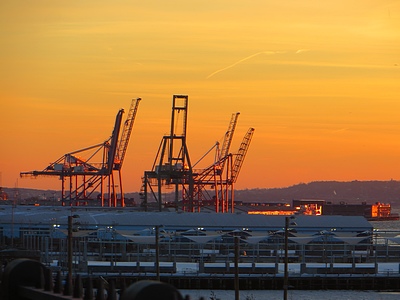 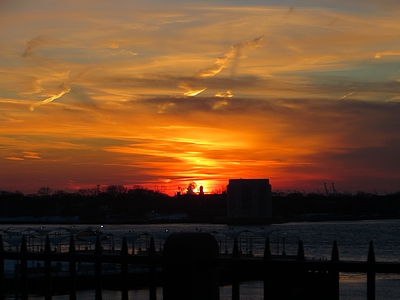 Sunset over Governors Island, seen from the Promenade.