The Brooklyn Heights Association is seeking community input on the RFPs solicited by the Brooklyn Public Library for its branch here.

And for those of you who are fans of Smorgasburg the traveling culinary feast partly owned by Brownstoner the Brooklyn Paper reports:

One pitch changes the building entrance from Cadman Plaza West to Tillary Street. Another includes a permanent home for Smorgasburg, culinary counterpart to the Brooklyn Flea, a party room, and a cafe attached to the library.

Most of the proposals would provide 20,000 square feet of library space; Proposal A’s library would have 31,192 square feet, and Proposal E’s 30,000. The proposed buildings range in height from as much as 551 feet (Proposal F, which has a possible alternative height of 455 feet, still taller than any other proposal) to a minimum of 285 feet (Proposal A). [Full report HERE] 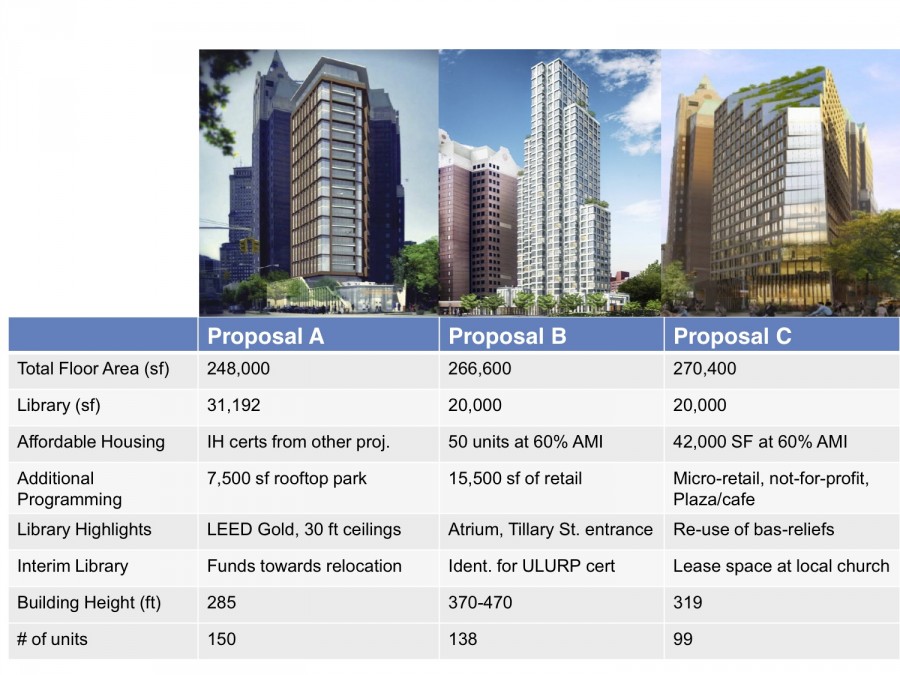 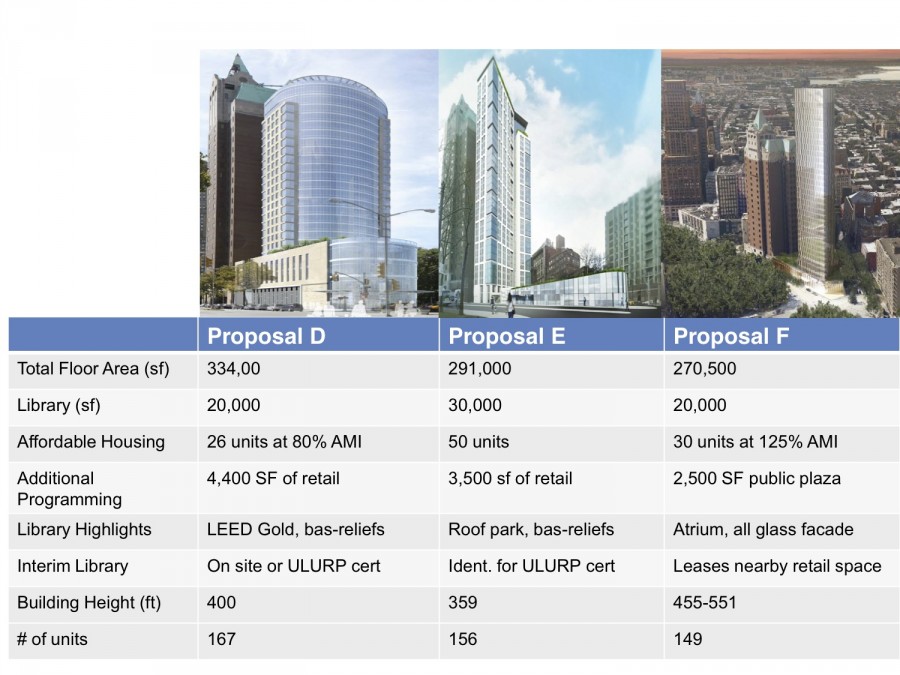 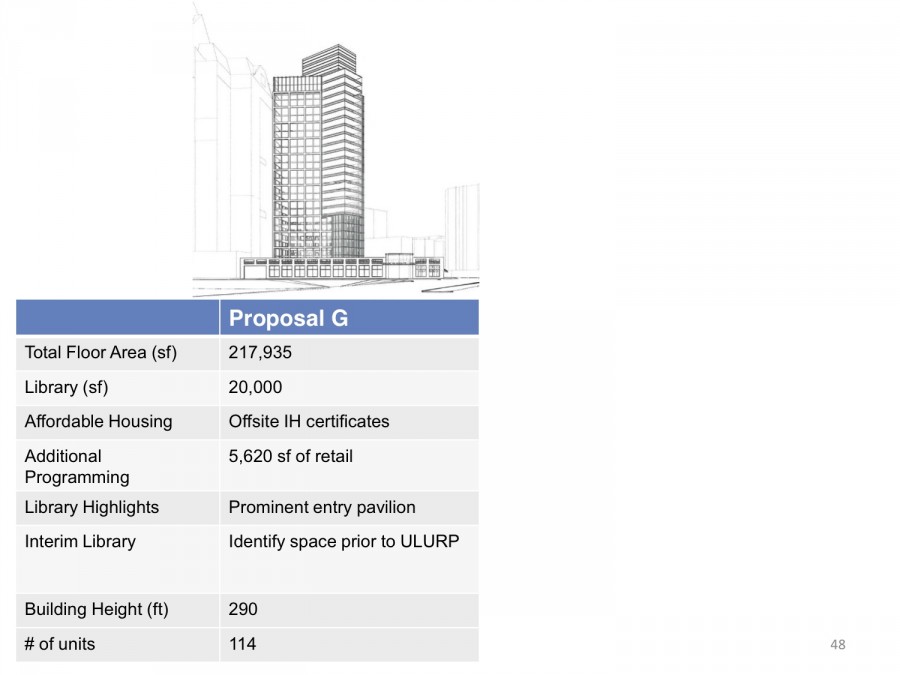