Your correspondent left work early to attend the BHA Social networking happy hour at the Custom House. There was a lively gathering there, graciously hosted by BHA board member Patrick Killackey (second from left in photo) and BHA President Alexandra Bowie. More photos and text after the jump.

I had several interesting conversations with others at the BHA event, including a librarian from the Brooklyn Heights Branch, a South African emigre who has lived in the Heights for some years and is an enthusiastic BHB reader, and a newcomer to the Heights from North Carolina. Afterward, I headed around the block to the Brooklyn Historical Society for Brooklyn Bounty. 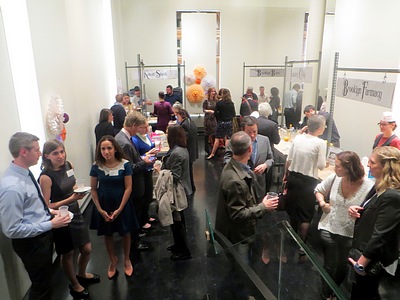 When I arrived, there was already a considerable crowd at the event. Above is the scene at the entrance. 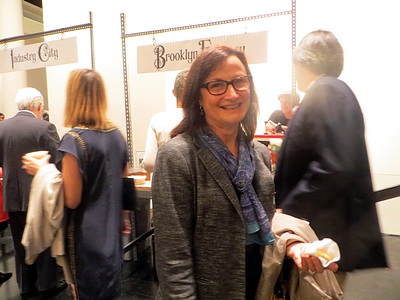 The first familiar face I saw was that of Brooklyn Bridge Park President Regina Myer. 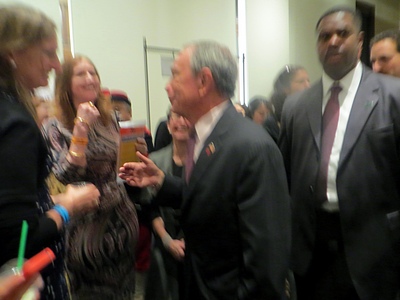 I managed to get this rather blurry shot of Mayor Bloomberg as he made his way through the crowd and one of his bodyguards gave me the evil eye. Update: one of my colleagues had this comment: “Bodyguards are paid by the glower.” 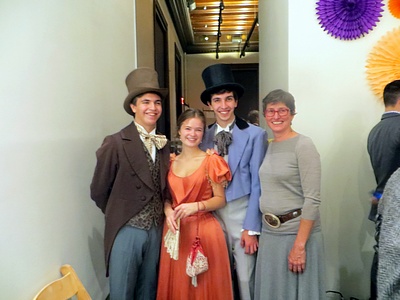 Since this is the Historical Society’s 150th anniversary, some staffers (though not the one on the right) were dressed in 1860s costume. 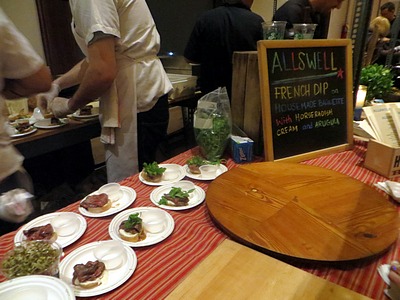 On the way into the main hall, I couldn’t resist one of Allswell’s (124 Bedford Avenue) French dip sandwiches. Zagat has declared the French dip the official sandwich of California. It was delicious, anyway. 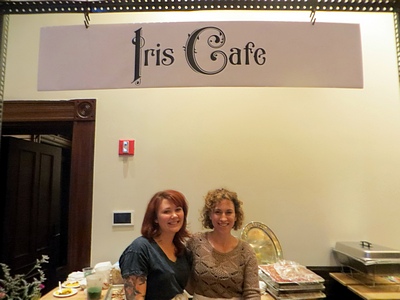 I then made my way across the room to where these two delightful women were serving goodies from Brooklyn Heights’ and Willowtown’s own Iris Cafe. Their offerings were… 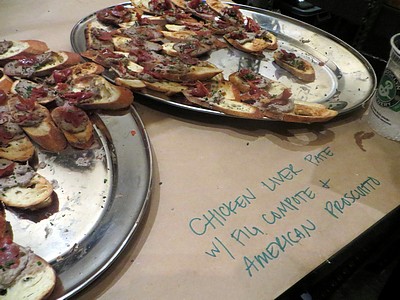 …chicken liver pate with fig compote and American prosciutto, and… 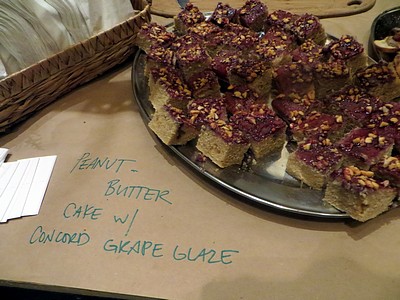 …peanut butter cake with concord grape glaze. Both were excellent. 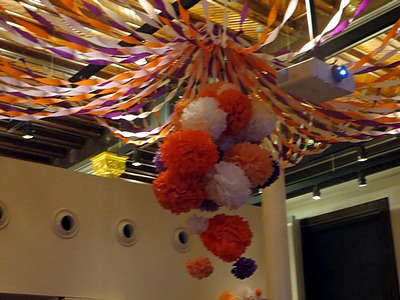 This was the first event to be held in the Society’s newly (someone told me painters had been working just hours before this event) renovated Great Hall. Festive decorations largely obscured the ceiling, but note the ornate, gilded column capital (a relic of the old days) behind the portholed(?) wall. 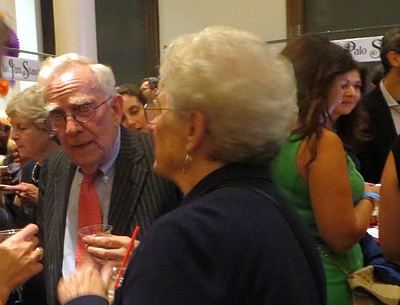 Among those enjoying the festivities were Brooklyn Heights preservation pioneers Otis and Nancy Pearsall. 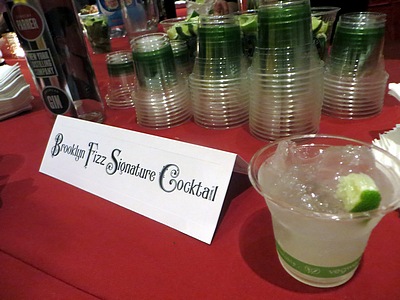 Your correspondent topped off the evening with a Brooklyn Fizz Signature Cocktail, made with NY Distilling Company’s gin. (Why do they give their address as “405 Leonard St, New York, NY 11211″ when Leonard Street is clearly in Brooklyn?) Anyway, it was a fine finish to a delightful evening.