Views from the Brooklyn Heights Promenade at Twilight

A few evenings ago, your correspondent took a stroll along the Promenade, starting shortly after sunset. A sloop was sailing in the harbor. (More photos and text after the jump.) 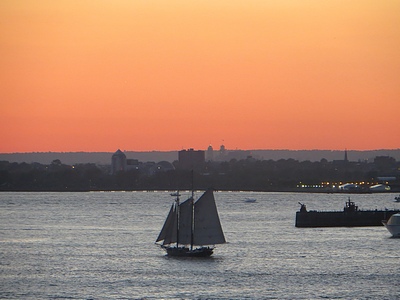 Shortly after, the South Street Seaport Museum’s historic schooner Pioneer rounded the tip of Manhattan, heading out on an evening cruise. 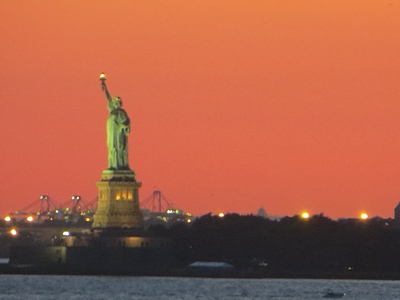 Holding her torch aloft, the Statue of Liberty stands against a blood orange sky. 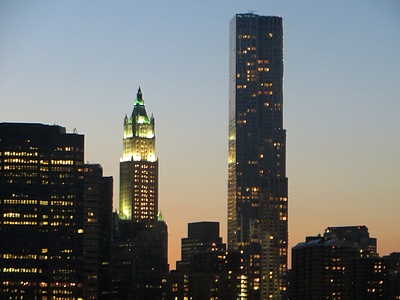 Although its undulating facade is largely hidden by darkness, Eight Spruce Street, a.k.a. New York by Gehry (Frank Gehry, 2011) is an impressive sight; in the background is the Woolworth Building (Cass Gilbert, 1913). 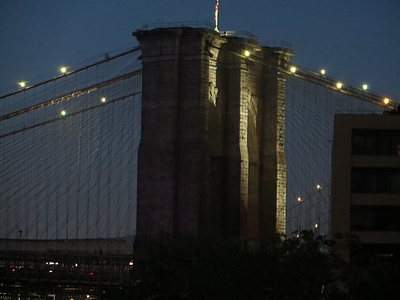