All Along No Watchtower 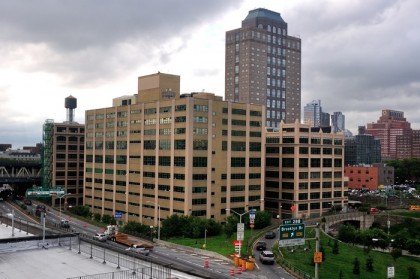 The Jehovah’s Witnesses have been steadily moving out of town for several years, though the continued drop-in visits by would-be converters has had many asking, “Are they going or what?” Well, with the Watchtower signs now gone, it looks like they’re really nearly almost gone. So the future of your immortal soul is now in your own hands. Its oddly the end of an era as well, as one Brownstoner commenter said, “NO! On my drive to work every day, who’ll remind me to ‘Read God’s Word the Holy Bible Daily’?!” All I know is, I won’t hear anyone ask for a “Watchtower discount” at the local restaurants anymore.
Share this Story: