Yesterday (Friday) evening there was an even prettier than usual sunset, so I walked across to the Promenade and got this shot of the harbor, with the Statue of Liberty seen beyond Governors Island. 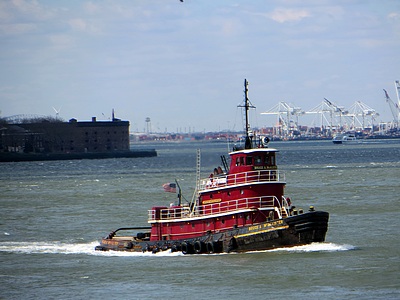 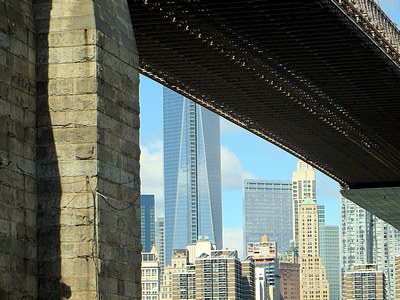 The nearly completed lower portion of the One World Trade Center tower, seen through the Brooklyn Bridge from near Jane’s Carousel. 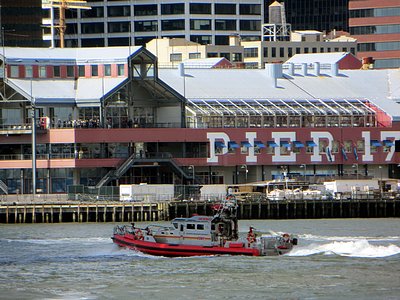 FDNY fireboat heading down the East River, seen from Brooklyn Bridge Park near the Main Street entrance in DUMBO. 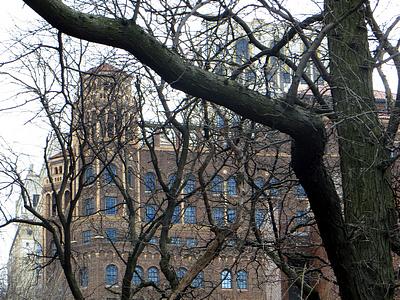 The former Leverich Towers Hotel at 21 Clark Street, and beyond it the St. George Tower, seen from the Promenade through bare branches.