The New York Times weighs in via a story titled “A Zigzag Offers a More Direct Route to a Park,” as does the age-old Popular Mechanics, offering a novel perspective with precise detail about the bridge’s structural & organic design.

And the usual suspects: Brownstoner; DNAInfo.com; Brooklyn Daily Eagle; Curbed; and a snarky story at Gothamist. Looks like the neighborhood has a hit on its hands… uh, heels. (Photo: NYT) 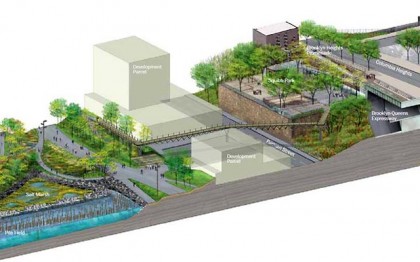