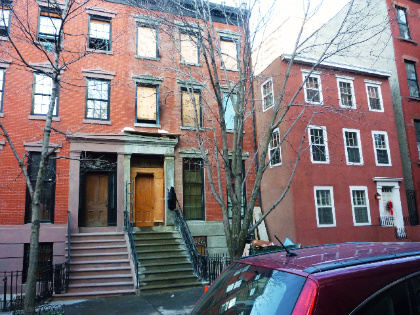 BHB newshound BP sent in this photo of a fire at on Cranberry, between Henry and Hicks streets. No further details as of yet. Says BP: “I think that’s the one that’s under construction..” Update: this has been confirmed, it’s 67 Cranberry, which was undergoing a gut renovation. According to neighborhood photojournalist Marc “weegee” Hermann, it was a two-alarm fire, accidentally started by contractors in the building. Firefighters from Engine 205 said people were banging on the firehouse door to report it: 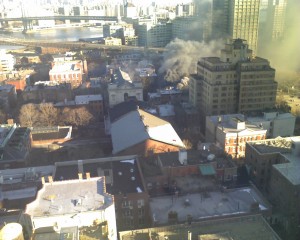 Fire on Cranberry. Click on photo for full size.

Update: This from Andrew:

All I know is that I was told by the 84th Precinct that there is a
fire at 67 Cranberry Street. I heard a LOT of fire engines, starting
at about 9:15am.

And Gothamist‘s Jake Dobkin sent us this photo: 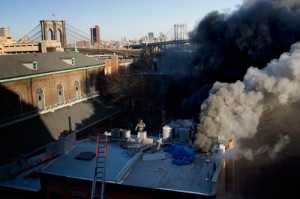 Update 2: Benjamin Hoffman sent us this set of photos of the fire: