As I set out on my morning walk early Sunday, the sky was overcast and gloomy. Here is the top of the new One World Trade Center, still under construction, obscured by clouds. This photo was taken from the esplanade at Pier 1, Brooklyn Bridge Park. There are more photos and text after the jump. 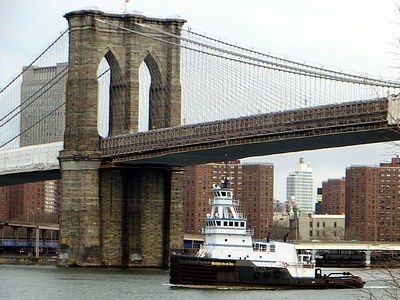 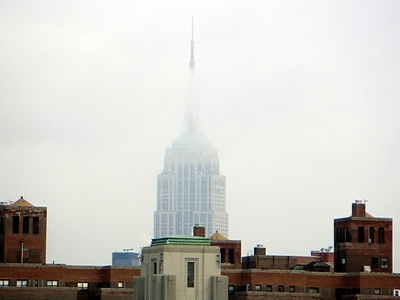 The spire of the Empire State Building is bisected by cloud; also from Pier 1. 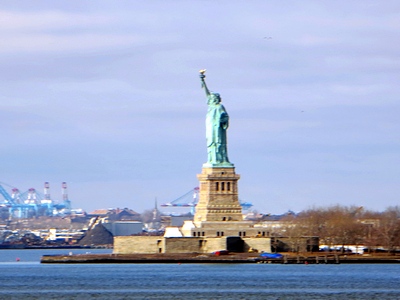 A few minutes later, seen from near the north end of the Promenade, the Statue of Liberty is bathed in sunlight. 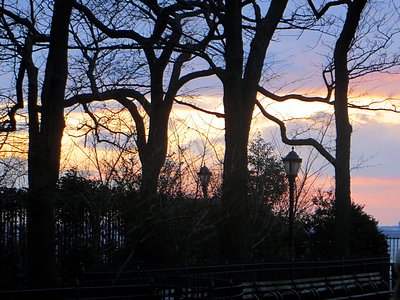 Returning from an errand early in the evening, I noticed a colorful sunset. Here it is from the Montague Street entrance to the Promenade. 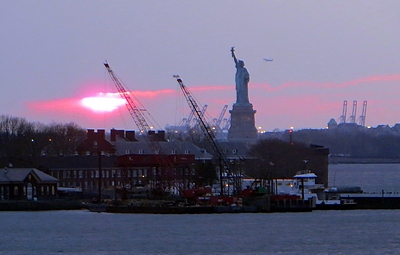 The setting sun peeked through the clouds above Governors Island.