Muy Bueno! The activity we noted on January 6 in the lower space at 132 Montague Street is indeed about to burgeon into locally run Spanish tapas & wine bar Taperia, as was first tipped (with high hopes) one year ago.

Sure enough, Bobby Cruz, former owner of the UPS Store on Montague Street, will be one of the new eatery’s managers. He gave us a sneak peek Friday afternoon inside the space below Heights Vision, and says that the restaurant is aiming for a March 2013 opening.

In addition to a roomy bar and seating within the surprisingly spacious interior—perhaps best of all—Cruz reveals that the grounds behind Andy’s Chinese restaurant and Dashing Diva nail salon are destined to become a lovely outdoor dining patio.

That courtyard, which backs up to Our Lady Lebanon Cathedral on Remsen Street, has served as a dumping ground for some time, until Cruz took it upon himself to clean much of the garbage, glass and mess last winter. However, it remains an eyesore. But not for long!

In the 1980s, the outdoor grounds housed a memorial garden and fountain honoring the former landlord’s son—until the family moved away.

SATURDAY UPDATE: Cruz tells us that the memorial fountain will be lovingly restored, along with newly planted trees and colorful foliage in the courtyard. Also, to make clear based on comments: Cruz will be a manager of Taperia; he tells BHB that he sold his original concept for the tapas & wine restaurant to two business partners, who are bankrolling the eatery. (Photos: CT/Street: Google Maps) 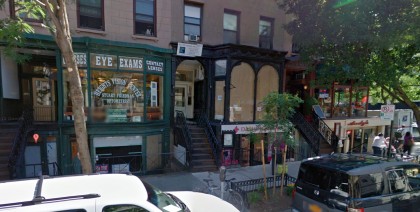 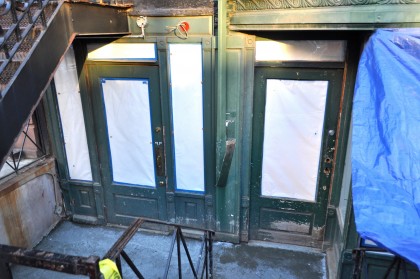 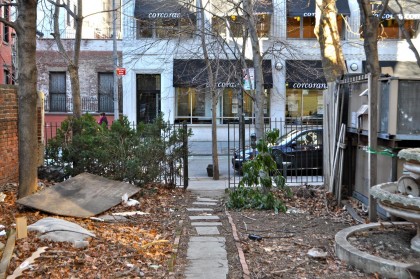