Brooklyn Heights resident—and 2012 BHB Top 10 honoree—Lena Dunham is getting the royal treatment for the second season of her hit HBO series “Girls.” Promos are in overdrive on the network and around the city, spotted in subways, cabs and along streets. The sophomore season launches Sunday, January 13 at 9 p.m.

Later this year, we’ll be looking out for “Not That Kind of Girl,” the book project Dunham sold to Random House for a cool $3.7 million. 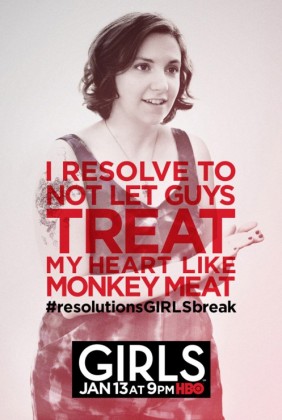 Save the Date: BHA Annual Meeting Monday, February 11
With Scaffolding Down, 55 Pierrepont Street At Last Sees The Light