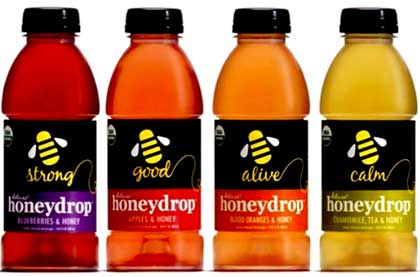 Through connections Luks made at the show, the drink was just added to the beverage case at 17 tri-state area Whole Foods supermarkets. Yesterday was his debut, sampling the drink to Whole Foods customers in Tribeca. He is also selling the product to yoga and Pilates studios in Brooklyn, “just me, myself and a van.” He says the buzz has been good. Pun intended.