There may come a day where the eastward view from Brooklyn Heights reveals a very different skyline. Mayor Bloomberg and city planning officials have released a blueprint to transform the BAM Cultural District in Downtown Brooklyn to include a 32-story building, 16,000sf public plaza and cultural space to be utilized by BAM, the Brooklyn Public Library and 651 Arts. It also offers 23,000sf of retail and up to 400 apartments (20% to be affordable housing).

Atlantic Yards Report provides an exhaustive study of the first phase of Atlantic Yards’ ultimate mixed-use transformation. Builder Two Trees is beginning a seven-month public review process for the first buildout, which is now a parking lot owned by the New York City Economic Development Corp. There’s a lot more on the grid for the long term, including at least 600 more new residences and a new building at Lafayette Avenue and Ashland Place. All of the sites are currently city-owned. 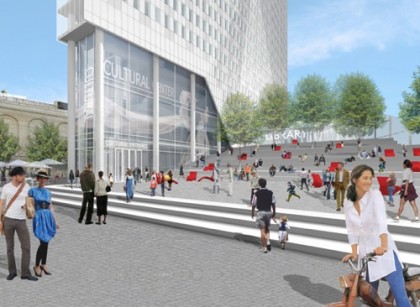 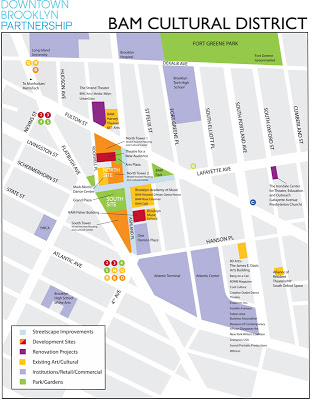