‘Hail No': Initiative To Bring Livery Cabs To The Boroughs Is A Bust (For Now)

In a rare defeat for NYC Mayor Bloomberg and New York Gov. Andrew Cuomo, a Manhattan Supreme Court Justice ruled Friday that the popular initiative to allow 18,000 livery cabs to take street hails from Manhattan to the outer boroughs and the upper reaches of the city is a no go. No doubt, this should have residents of Brooklyn Heights seeing red, since it can be next to impossible to 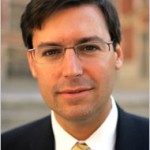 The decision by Manhattan Supreme Court Justice Arthur Engoron is also sour news for the city, which would lose $1 billion in revenue from 2,000 new medallion sales. NYC’s corporation counsel Michael Cardozo said he will immediately appeal the decision, according to The Wall Street Journal, saying city officials are “confident the appellate court will uphold” the law.

Taxi & Limousine Commissioner and Brooklyn Heights resident David Yassky also vowed to fight: “The court’s decision is a great loss to millions of New Yorkers outside of Manhattan, as well as for professional livery drivers whose ability to feed their families by providing a popular service their communities want and deserve is in jeopardy.”

The New York Daily News explains that earlier this summer, Engoron blocked the Bloomberg administration from selling the yellow medallions and taking applications for livery hail licenses after lobbyists for the yellow cab industry came up with the argument that the plan was illegal.

The judge determined that yellow cabbies would “suffer irreparable harm” if the plan were put into effect. Michael Woloz, a spokesman for the Metropolitan Taxicab Board of Trade, told WJS, “Thousands of individual owner-drivers and hundreds of small-business owners in both the taxi and livery industries are breathing a sigh of relief.”

Mind you, this is the same industry that just celebrated a whopping 17% fare hike. After Labor Day, the starting rate will remain $2.50, but the meter will climb 50 cents instead of 40 with every click, after one-fifth of a mile or 60 seconds. The flat rate from Manhattan to Kennedy Airport will climb by $7, to $52, and the surcharge from the city to Newark will escalate from $15 to $17.50.