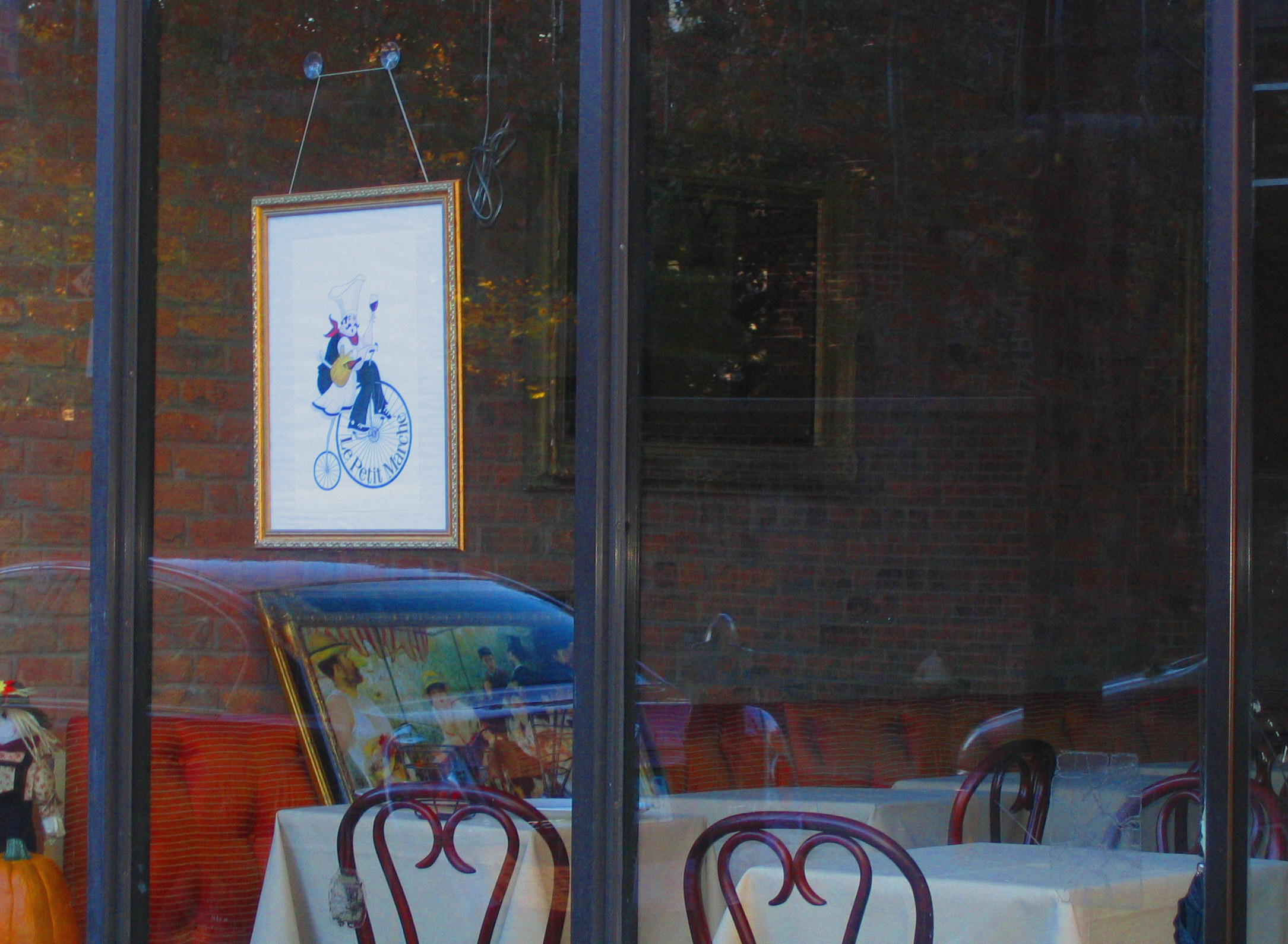 Looks like the newest edition to the Henry Street culinary scene is about to open. Le Petit Marche's window coverings were taken down on Friday. No word yet on opening date.

As BHB was taking the photo above, a couple of nabe old timers remarked that the new establishment was oddly similar to all the others on the block– Henry's End and Noodle Pudding. We'll take that as a good sign.