As part of its regular series “Brooklyn One Building At A Time,” Brownstoner’s Montrose Morris offers a detailed history of the Heights Casino at 75 Montague Street. The Flemish Revival building was constructed in 1905, designed to accommodate sports and club activities, as well as a reference to Brooklyn’s Dutch heritage. For its entire life, the Casino has been a “tony private club whose members had blood as blue as a yachtsman’s fine navy blazer,” Brownstoner says. It is also home to the first indoor tennis court in the nation, which can be transformed into a posh ballroom.

Historically, by the 1950s, the Casino’s restrictive policies—no Jews, no Negroes, no new money—had about driven it to bankruptcy. As with most organizations, policies evolved, leading to diversity that has kept the club alive & well today. Read more at Brownstoner here.

Bob Furman also wrote a history of clubs in the neighborhood last June for BHB. See his tasty read here. 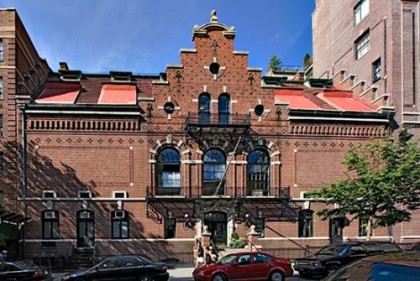