The corner of Montague and Henry streets, at the current location of Andy’s Chinese, has no doubt seen a revolving door of businesses over the past 100+ years. But the actual building, constructed in 1900, has thankfully maintained its architectural integrity with surprising few changes, as we see from parallel Now & Then images from 1916 & 2008.

Long ago, on the lower level of 128 Montague was Kreinbrink & Steich Tailors. Above: John Wallace Insurance, a “New York Underwriters Agency.” Also note in this wintry image (there’s snow on Henry Street) the street sign and interesting light pole at the corner, which has certainly changed over the past 100 years.

Meanwhile, Melanie Hope Greenberg provided an image (below) of the same corner from the 1980s, first published on BHB in February 2009, which shows a cheese shop in the current location of Andy’s, and Hair Unlimited onto its left. On the upper level is Chuan Yuan Szechuan Restaurant. And across the street in the current location of Corcoran Realty are a dry cleaner and “Montague Meats.”

Next, a more modern photograph, taken in summer 2008, showing current Andy’s (which has been open for at least 17 years) and upstairs, Vegetarian Ginger—as well as the now-decimated beautiful tree to the left of the image, which was wiped out Feb. 29 when a truck swiped the corner. And finally, the corner today.

According to public records, the building is owned by Adkha Realty Corp., and has a market value of $1.6 million. Total square footage of the building, including six walk-up residential units, is 8,022 sf. 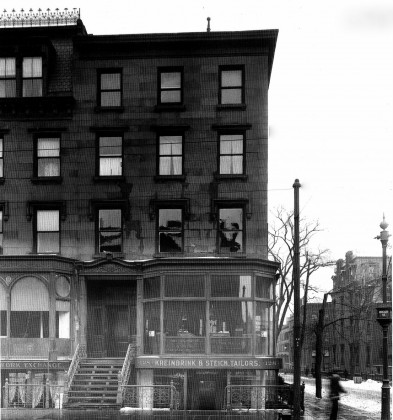 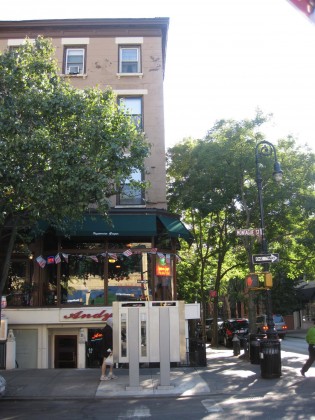 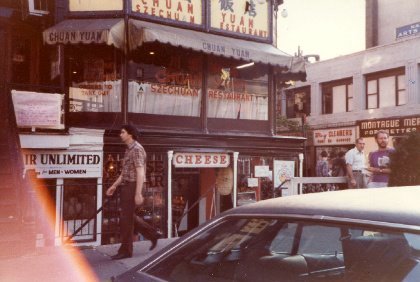 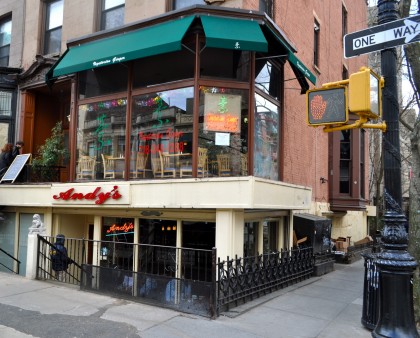