A beautiful, mature elm tree was downed this morning in front of Andy’s Chinese at 128 Montague Street, when an oversized truck attempted to make a left turn from Montague Street onto Henry. Local fire department crews responded and removed much of the debris by noon, with police tape wrapped around the trunk and remaining brush.

See Karl Junkersfeld’s fantastic on-the-scene coverage in this 2-minute video here (also embedded below the jump), which revisits other trees that Brooklyn Heights has lost, in addition to footage immediately after today’s cataclysm.

It appears that no one was injured nor were any vehicles damaged: The tree fell toward retail on Montague—miraculously with no windows broken.

This, of course, hearkens the Height’s most recent loss of the neighborhood’s natural beauty, when an American elm fell during Hurricane Irene at the Mansion House (145-153 Hicks Street) last August. 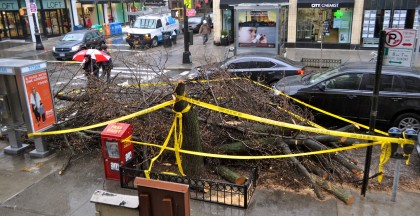 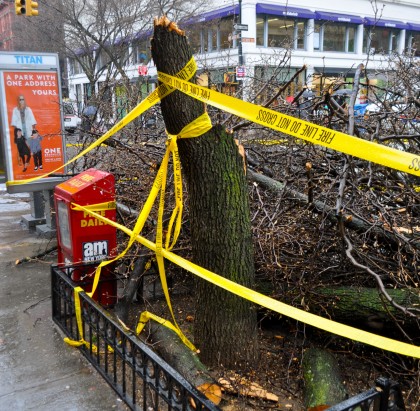 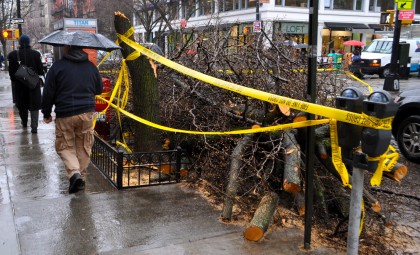