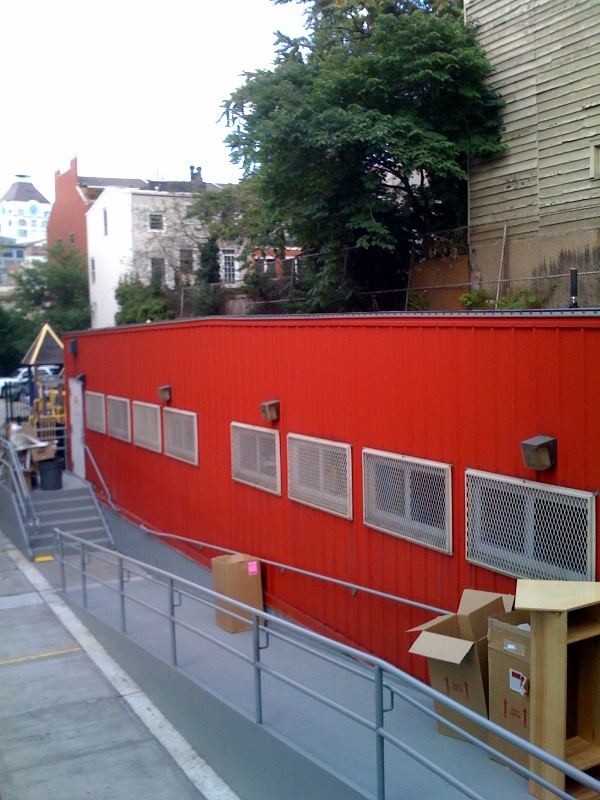 Schools Chancellor Joel Klein and Mayor Bloomberg will be announcing letter grades for NYC Public Schools next week according to the New York Times.  The marks are based on a formula that takes into account individual students year to year progress, the overall number of students meeting state achievement standards and how it measures up it to other schools serving similar areas.  The paper claims P.S. 8, a school that has been praised for its great progress and quality, will receive an F.  The school recently added trailer annexes in its schoolyard to address overcrowding.

Update: Principal Seth Phillips will hold a meeting with parents at the school on Monday (9/15) at 8 AM according to the Brooklyn Paper. NOTE: According to a P.S. 8 source the meeting is at 8 AM, not PM as reported in the B’Paper.

Update 2: The Times follows up on the F grade.

New York Times: Low Grade…: When the first round of report cards was unveiled last fall, there were some counterintuitive results and many complaints, but now, P.S. 8 could be the most highly regarded and popular school to receive an F.

Last school year, 67 percent of its students passed standardized tests in English and 83 percent in math, and many who know the school said such a grade would be misleading and preposterous.

“It’s a real indictment of the grading system if it takes a school that is improving rapidly and is already doing pretty well and brands it with an F,” said City Councilman David Yassky, whose district includes P.S. 8.

“It used to be that every summer I’d have parents tell me they’re moving out because there was no decent elementary school for their kids to go to,” Mr. Yassky said. “Now they’re staying in Brooklyn Heights at least through the fifth grade. The resurgence of P.S. 8 has kept a lot of young families in Brooklyn Heights, and it’s been just a tremendous boon for the neighborhood.”

Seth Phillips, who has been principal of P.S. 8 since 2003 and participated in a prestigious fellowship program last school year for outstanding principals at Columbia University’s Teachers College, declined to comment. Principals were notified of their expected grades but were ordered not to discuss them until they are announced, which is expected next week.