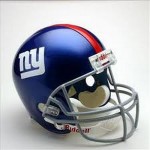 The MTA has announced that trains on several lines serving Brooklyn Heights will be skipping stations in downtown Manhattan in both directions starting at 10:00 this morning and continuing for the duration of the parade, which is expected to last several hours. The skipped stations will be Wall Street and Fulton Street on the 4 and 5 (but not the 2 and 3), Fulton and Chambers on the A and C, and City Hall on the R. There will be normal service on the 2 and 3, at Bowling Green on the 4 and 5, and at Cortlandt and Rector streets on the R.