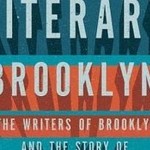 The Brooklyn Historical Society, 128 Pierrepont Street (corner of Clinton) will open its 2012 series of events tomorrow evening, Wednesday, January 18, starting at 7:00, with a discussion on literature in Brooklyn, giving special emphasis to the Borough’s (then City’s) first literary great, Walt Whitman.

Evan Hughes will discuss his recently published book Literary Brooklyn, which examines the connection between writers and Brooklyn as a place and identity. Edgar Garcia will discuss Walt Whitman, one of the authors featured in Literary Brooklyn, particularly Whitman’s role in Brooklyn’s publishing history. This event is part of BHS’s spring series, Inventing Brooklyn, which examines key people that have influenced Brooklyn’s past and present and highlights cultural trends that have roots in Brooklyn’s rich and diverse history. This event is free and open to the public.

This Saturday, January 21, BHS will present a guided tour of their building:

Come explore our beautiful landmark building. Designed by architect George Post and built in 1881, Brooklyn Historical Society’s building was ahead of its time. Using the latest technology, Post created a magnificent structure with amazing craftsmanship. On this guided tour you’ll learn not only about the building as an architectural gem, but you’ll also find out the “more than meets the eye” history of one of Brooklyn’s premier cultural institutions. This tour is free with museum admission and open to the public. Admission is always free for BHS members. This tour is part of BHS’s Brooklyn Walks and Talks program series.

Museum admission (for non-members) is $6 for adults; $4 for seniors over 62, students over 12 (college students must show ID), and teachers; and free for children under 12.