A large crowd gathered at the Brooklyn Historical Society this evening for Brooklyn Bounty, a celebration of food and drink supplied by local artisans, chefs, and restaurants. Upon arrival, guests faced a long bar serving Brooklyn Brewery beers and ales, as well as other drinks. On the bar counter were bowls of Brooklyn Heights resident Lisa Bedell’s luscious Brooklyn Nuts. More photos and text after the jump. 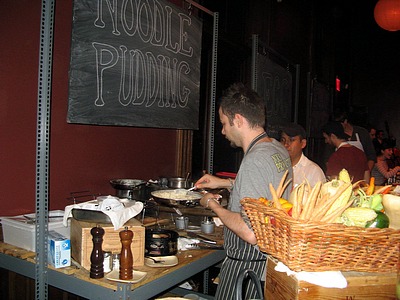 Noodle Pudding served up delicious pieces of braised short rib on a bed of risotto, garnished with Brooklyn-grown herbs from the owner’s garden. 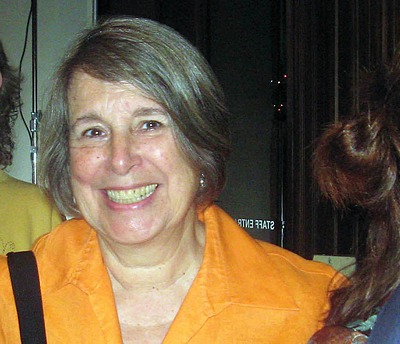 Brooklyn Heights Association President Jane McGroarty was among those enjoying the occasion. 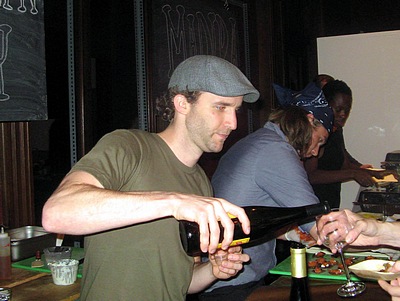 Brooklyn Winery provided a bracingly dry Finger Lakes riesling, which perfectly complemented the gravlax on toast that accompanied it. Nearby, Red Hook Winery offered several wines made from grapes grown on Long Island’s North Fork, including a Bordeaux style blend of cabernet sauvignon, merlot, and cabernet franc called Jonah’s something-or-other (your correspondent tried it after having an historic Brooklyn cocktail, served upstairs in the Society’s beautiful Othmer Library, and his memory neurons weren’t firing perfectly) which paired nicely with ricotta cheese, served on a slice of bread with a dab of chutney, from Saxelby Cheesemongers. 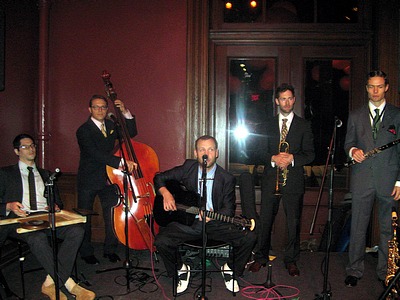 Music was provided by The Blue Vipers of Brooklyn. 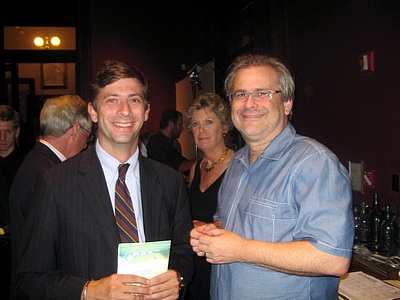 Your correspondent enjoyed many other things, including a hot concoction made with Brooklyn Gin he was offered on entry, a smoked oyster in cold beet soup from Williamsburg’s Egg, and savory ground meat over yellow rice with raisins from Fort Greene’s Madiba.