Jack the Horse Subject of Some Blogger’s Strange Rant 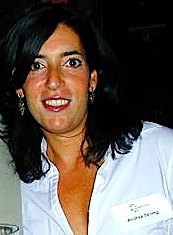 CurbedNY links to Strong Buzz, a food blog apparently based in Brooklyn Heights, and their rant about Jack the Horse Tavern.  While a spirited debate raged here last week over JtH’s brunch, most commenters agreed that it’s one of the best places to eat in the North Heights.  Dissenters discussing Karl Junkersfeld’s video about the eatery mostly bickered about the price of buckwheat pancakes (causing the dish to enter the BHB lexicon of inside jokes along with Great Wall references, parking jokes, dog poop etc).

However, author Andrea Strong’s condemnation of the Hicks Street establishment reads like a therapy session more than a restaurant review.

It’s news to us, but evidently Strong is notorious in the NYC blogworld. She guested on Top Chef in 2007 prompting Gawker to ask Why is Andrea Strong Such a Hater?

Strong Buzz: The first sign that I needed to break up with JTH came during a dinner for my father-in-law’s 70th Birthday. My sister-in-law and her husband had flown in from Portland, and there were 9 of us at dinner. We were excited for a great evening. We had spoken to the chef and owner, Tim, and arranged to bring in our own birthday cake. When we arrived, Tim was nowhere to be found. He had said he would be there, and that he looked forward to it, but apparently he had taken the night off. Totally fine, but what happened without him watching over his flock was not fine at all.

After about a 20-minute walk in 105-degree heat from our place to the restaurant, we arrived, wilted and with a birthday cake that was about to slide apart. When we were seated, we asked the waitress if she would mind bringing it to the kitchen to be refrigerated. We explained that we had cleared it with the chef.

She was not interested. She snarled at us, rolled her eyes, and tossed the cake box on the table next to ours. “I am going to give you the specials now,” she said, like a school marm to her class rowdy teens. I was perplexed. “We can wait on the specials,” I replied. “Would you mind bringing the cake to the fridge first? We’ve been walking in the heat and it’s about to fall apart.” “I said I was going to read you the specials, so here they are,” she replied, glaring at me. That was the first sign that something was up. We’d never had rude service at JTH before. And this was more than rude, it felt personal and mean. Why not just take the cake in the kitchen and do us a solid?

Strong claims that she gave JtH a second chance recently. As is often the case with a very popular restaurant (you know in places like MANHATTAN), the host was straightfoward with the blogger telling her it was unlikely that her party of 3 would be seated in less than 45 minutes. Feh, here’s her account:

Me: Hi, do you have room for three for dinner?
Host (male, bearded, pale-faced, stoic): Do you have a reservation?”
Me: No, unfortunately, we don’t. Do you have any room for walk-ins?
Host: No.
(Beat)
Me: So there is no possibility of a table tonight?
Host: No.
Me: Do you think if we waited at the bar a table might open up?
Host: No.
Me (increasingly amazed that this man is employed in the hospitality business as he seems capable only of saying the word “No”): We can wait. We’re not in a rush.
Host: Well, it will be at least 30 minutes. PAUSE. Actually it will be more like 45 minutes to an hour.
Me (thinking, Could he be any less welcoming? Does he not realize that diners who actually eat in your restaurant not in someone else’s are what keep you in business?): Goodbye.

Lights Out on Promenade
EARTHQUAKE IN NYC