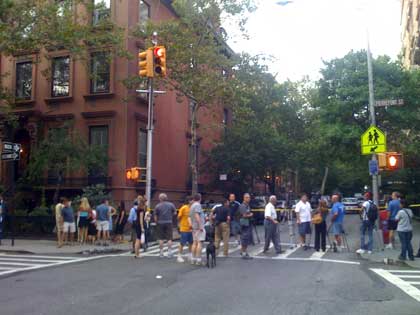 The Brooklyn Eagle is reporting that a 42 year old man was found dead in his apartment at 166 Hicks Street between Clark and Pierrepont.  Reportedly stabbed to death in his bathtub see update 2 below.  We’ve received reports that Hicks Street around Clark Street has been cordoned off by the police as they investigate the crime.

Update: NYPD is on the scene.  Current word is that authorities have not determined if the death was a murder or suicide.

Update 2 from BHB’s Weegee: The police have identified the victim as Graham Barnett, 42, of 166 Hicks Street. He was pronounced dead by EMS at 4:15 p.m., and was found to have multiple stab wounds to the torso. Cops recovered knives at the scene, and do not suspect criminality. Barnett’s wife was being questioned at the 84th Precinct.

Update 3: The NY Sun is the first paper with a blurb, reiterating weegee’s report that the police do not suspect criminality:

Mr. Barnett was married with two young twin girls, according to a neighbor who has lived in the community for the past 30 years. 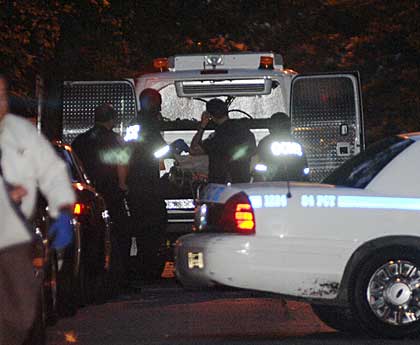