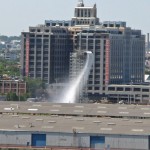 There have been many opinions voiced here about Olfar Eliason’s NYC Waterfalls, the public art project on display this summer under the Brooklyn Bridge, on the Brooklyn Heights waterfront and at other locations along the East River.  In general, the reaction from the BHB community has been that of disappointment.  This despite the fact that New York Times art critic Roberta Smith tells us that the falls are best viewed up close rather than from a distance as most people have seen them so far.  Is this disappointment based upon high expectations built up by the artist renderings released earlier this year?  Are we just feeling let down?  Judge for yourself: 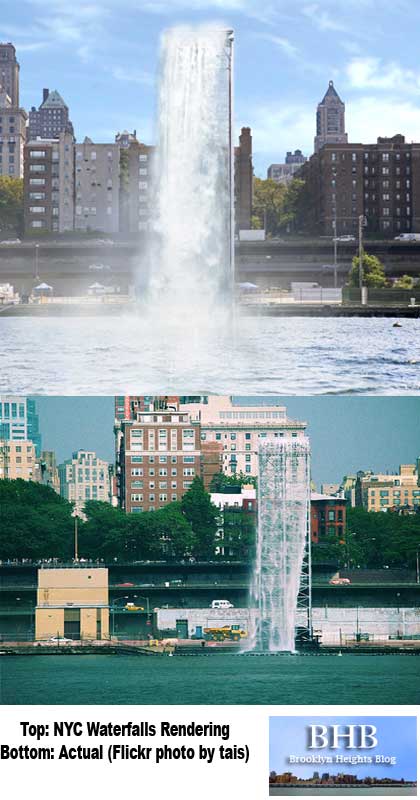 And here’s recent waterfalls tidbit: some Canadian dude says he came up with the concept first (sorta) 30 years ago.