BHA’s Judy: Landmarks Could Have Worked Harder to Save 100 Clark 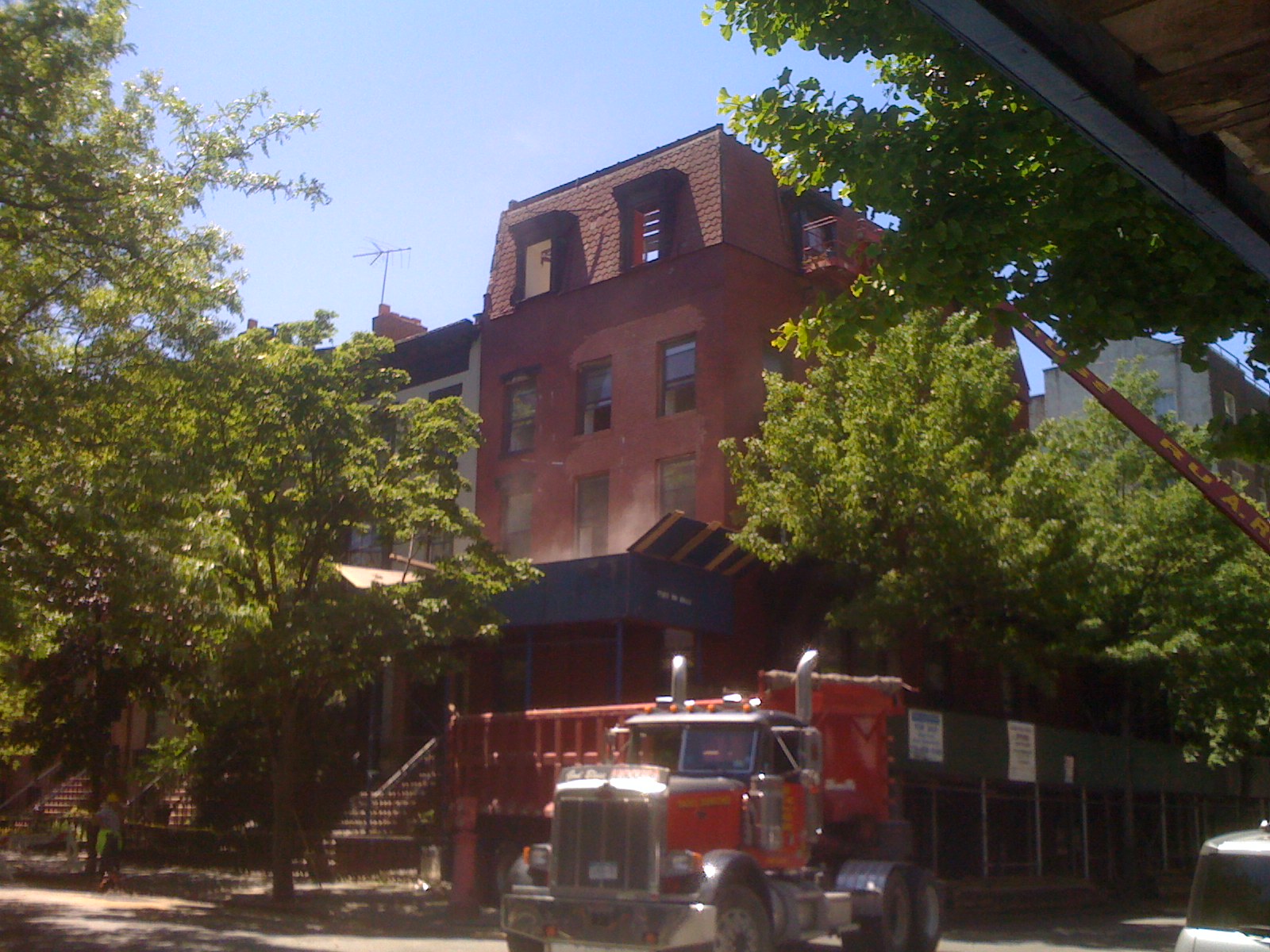 The Brooklyn Eagle covers the tragedy at 100 Clark Street (aka 1 Monroe Place) and includes a quote from BHA Executive Director Judy Stanton. Clearly the finger pointing has begun in this saga:

“It’s a real shame,” she said, “that the building was allowed to deteriorate to the extent that the city was forced to evacuate the remaining tenants … Landmarks could have worked collaboratively with the city to bring ‘demolition by neglect’ charges” to force the owner’s hand to undertake restoration, she said.

As for the overall value of Brooklyn Heights being impacted by the loss of 100 Clark (in all fairness jury is out until we know what replaces it, how it will/won’t be restored) and the other neglected buildings in the neighborhood — could the BHA have launched some sort of class action suit against the owners? There are enough lawyers who read this blog. Weigh in, won’t you?

Us Versus Them
It’s “Elle” on the Promenade.