Noted Historian to Discuss Washington and His Maps at BHS Sunday 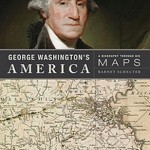 Historian and sculptor Barnet Schecter, author of The Battle for New York, which tells the story of how George Washington’s army first fought British forces in what is now Prospect Park and Park Slope, afterwards encamping on Brooklyn Heights before escaping by boat to Manhattan, will be at the Brooklyn Historical Society, Clinton and Pierrepont Streets, this Sunday, January 30 to discuss his new book, George Washington’s America: a Biography Through His Maps. The talk begins at 2:00 p.m.

From his teens until his death, the maps George Washington drew and purchased were always central to his work. After his death, many of the most important maps he had acquired were bound into an atlas. The atlas remained in his family for almost a century before it was sold and eventually ended up at Yale University’s Sterling Library. Inspired by these remarkable maps, historian Barnet Schecter has used them to craft a unique portrait of our first Founding Father.

Admission is free for BHS members; non-members may attend for the museum admission fee of $6 for adults, $4 for seniors, students and teachers.