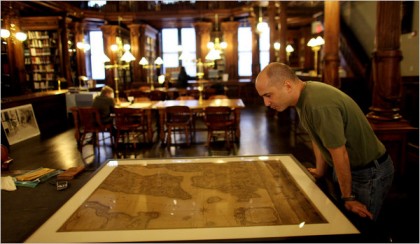 The New York Times has an article about a rare map of New York City from 1770; it was discovered at the Brooklyn Historical Society last year, and is one of only four such maps created by the venerable cartographer Bernard Ratzer. Almost as intriguing as the map itself are the steps that were involved in its restoration. More information is in the article here, and the map will make its debut at a private party at the society Wednesday night.