Supermodel Christy Turlington (@cturlington) is among the celebrities on hand tonight at Brooklyn Borough Hall to light the building red to raise awareness about HIV/AIDS. It’s part of the RED organization’s global initiative for World AIDS Day. 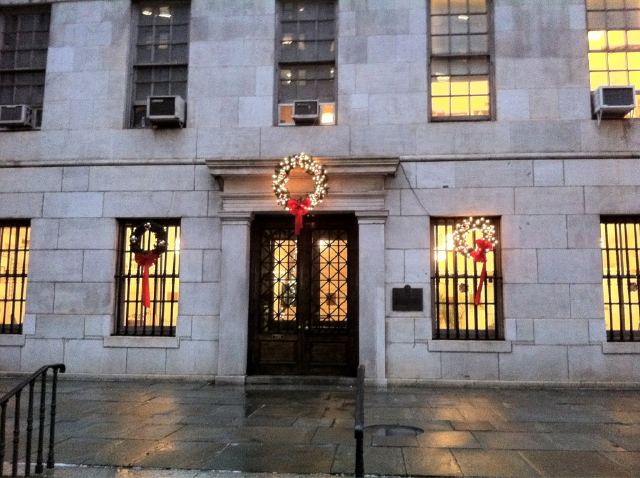 Turlington tweeted the photo above moments ago saying, “Just arrived at Borough Hall in Brooklyn to turn it (RED) with @joinred for World AIDS Day.”

@seamuscampbell tweets this photo (and the one at top of this story) of Brooklyn Beep Marty Markowitz: 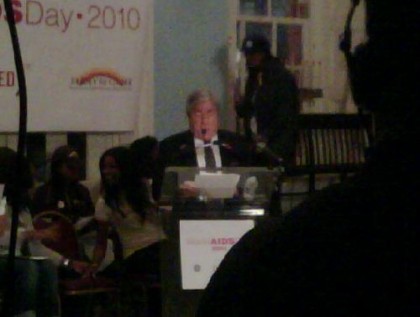 From the official press release: