GOP Comes Out with Candidate for Marty’s Seat 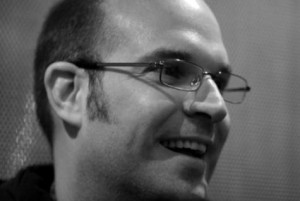 Where does he stand on the issues? His platform is on his website:

Jobs, Jobs, Jobs
Let’s bring back the jobs and working families that have left our
great state over the past ten years by creating a more
competitive environment by lowering taxes and making it less
expensive to live and work in New York. More to come…..

Education
Let’s build on the successes in our public school system and find
real solutions to the problems that face our teachers and children
everyday. Creating real choice through ending the cap on
charter schools and giving educational vouchers to those who
can’t afford educational alternatives for their kids. More to
come……

Health Care
Let’s bring all those involved, that deliver quality health care,
together to solve the serious financial problems in our health
care system. I believe that if medical professionals, the unions,
patient advocates, and our elected officials work together we can
fix our health care system. More to come…….

Transportation
We can have a modern and functional mass transit system if we
stop letting unelected officials throw the taxpayer’s money down
the MTA drain. More to come….

Energy
We need to have a comprehensive energy policy in New York to
promote and support economic growth and the future energy
needs of our cities and towns. More to come…..

And now the official press release:

New York, NY, April 8, 2008 – Downtown Manhattan resident and local medical technologist, John G. Chromczak, will be announcing his Republican candidacy for the 25th district state Senate seat at 10:30 am at Borough Hall in Brooklyn and at noon on the steps of City Hall in Manhattan. John will be making his announcement alongside Jason Weingartner, Executive Director of the NY County Republican Committee and Craig Eaton, Chairman of the Kings County Republican Committee.

John says that once he is elected he will ensure that the issues that matter most to the people of Manhattan and Brooklyn will be heard and addressed in Albany. His campaign will focus on protecting the middle class from rising taxes, supporting the advances that have been made in our public schools, protecting our environment, and bringing jobs back to New York City.

“The challenges of mass transit, rapid growth and congestion in lower Manhattan and Brooklyn need a dynamic and sensitive candidate who can empathize with your average voter in the 25th district. I am that person. I’ve seen how Albany politics affect our area and I want to ensure that the people in my district have their voices heard. We need to lower taxes and make it less expensive to live and work in New York City,” says John G. Chromczak.

John, 38, was born in upstate New York, attended the State University of New York at Potsdam and now works at New York University Medical Center and Bellevue Hospital Center as a licensed medical technologist specializing in bleeding and red cell disorders. He lives in lower Manhattan with his partner Andre.