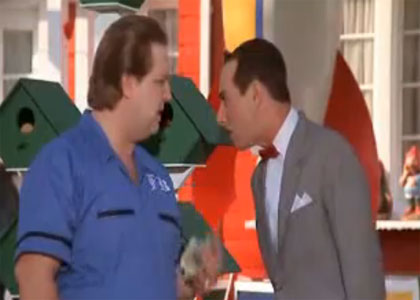 The NY Daily News writes about the heated race for Democratic district leader in the 52nd AD.   However this clip seems to explain what’s at stake and the level of discourse just as accurately.

The race has gotten heated: Simon’s co-leader filed an ethics complaint against state Supreme Court Justice Gus Reichbach, charging he improperly participated in his daughter’s campaign, though the judge said he got the required clearance.

And Simon’s husband sniped in an e-mail to a Reichbach supporter that among the young candidate’s few virtues, “she is rather engaging [and] has good legs”.

Hope Reichbach responded that Simon is “nervous” because “I’ve outworked her.”

“She screams reform. I can’t tell you one thing that she has reformed. It’s really easy to say, ‘I hate Vito’ in downtown Brooklyn, because people hear the name and they recoil.

Simon has a ready retort to Reichbach’s claims of independence. “That’s, I’m sure, what she’s been told to say,” she said.

Simon sees the challenge as retaliation for being a thorn in Lopez’s side on the party committee and running against Levin last year.

“When decisions are being made essentially in a back room – because there isn’t a front room – you want somebody who has the ability to be independent,” she said.